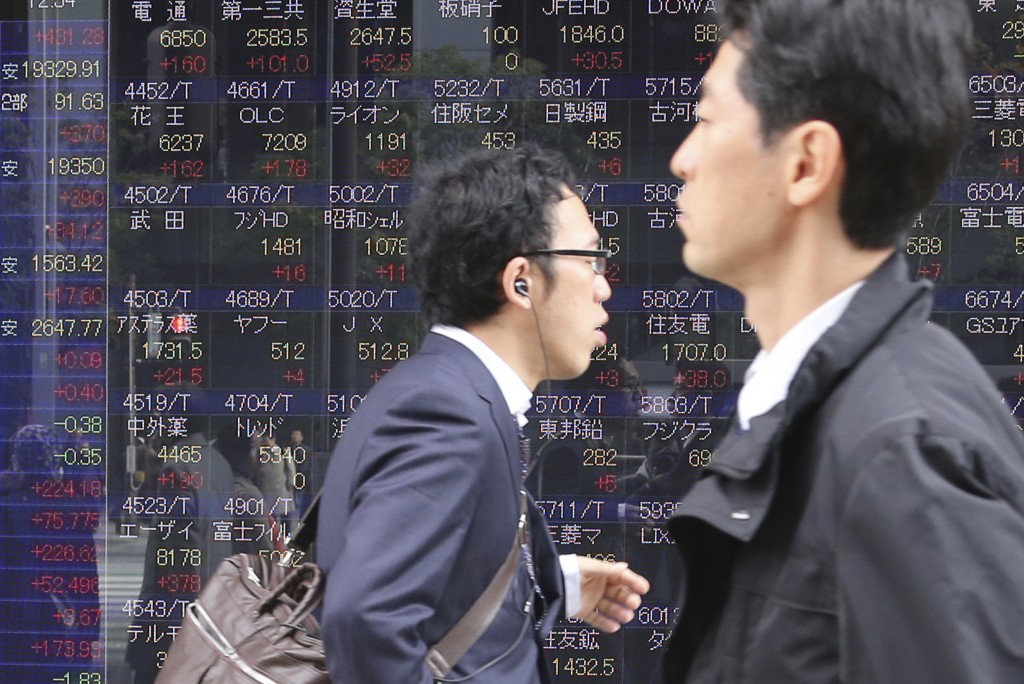 S&P500 e-mini futures were down about 0.6 percent in late Asian trade. On Wall Street, an uptick in U.S. crude oil from 2003 lows helped major indexes pull away from losses of more than 3 percent, but they still finished more than 1 percent lower.

The European Central Bank will take center stage with its regular policy meeting later in the session. Central Bank policymakers are expected to hold interest rates steady but highlight increasing risks to growth and inflation, while keeping the door open for further easing measures later this year.

“With last month’s December disappointment still fresh in the memory, ECB President Mario Draghi will have to convince the markets that the ECB has a plan, and the ammunition to cope with the further slide in inflationary pressures that is likely to ripple across Europe in the coming weeks,” said Michael Hewson, chief market analyst at CMC Markets in London.

Crude oil succumbed to added pressure on prices and its losses continued on Thursday.

MSCI’s broadest index of Asia-Pacific shares outside Japan erased early solid gains and teetered in and out of negative territory in afternoon trade. It was last down 0.5 percent.

Japan’s Nikkei average ended down 2.4 percent, adding to its 3.7 percent plunge in the previous session.

The Shanghai Composite Index slipped 0.9 percent, while China’s bluechip CSI300 index was down 0.8 percent. It has lost around 15 percent since the beginning of the year.

“With stocks having fallen so much, much of the risk has been priced in and another free-fall is quite unlikely, although the chance of a sustainable rebound is slim,” he said.

The dollar index, which tracks the U.S. unit against a basket of six counterparts, was down about 0.1 percent at 99.013.

The dollar turned back toward a one-year low against its perceived safe-haven Japanese counterpart on Wednesday.