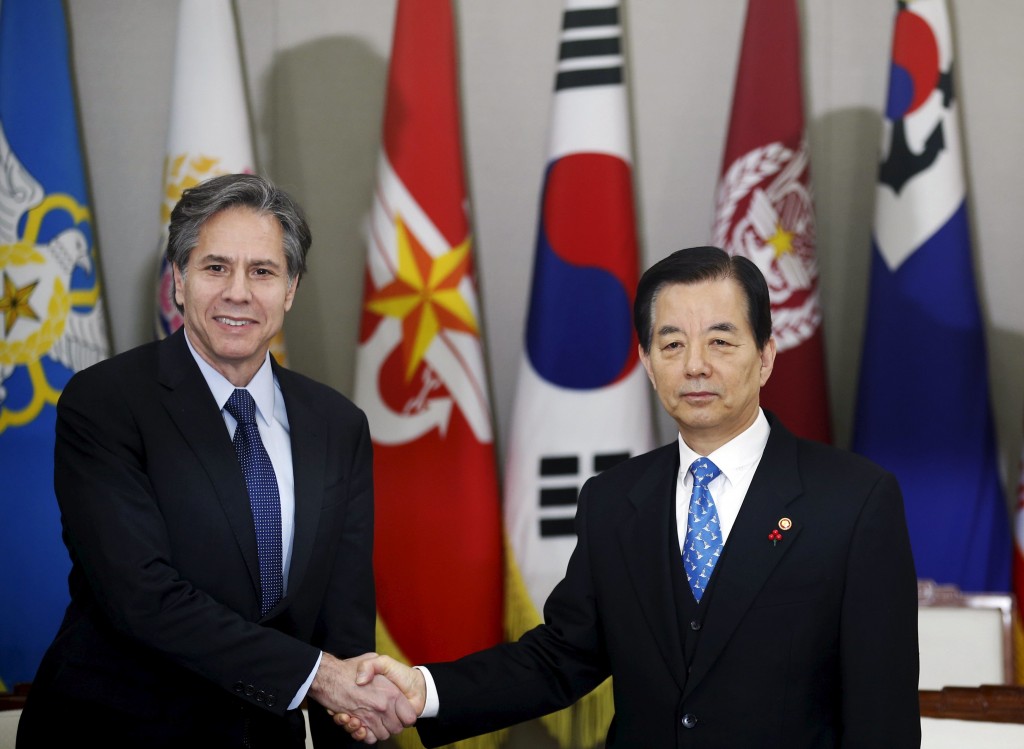 A senior U.S. diplomat stepped up pressure on China on Wednesday to play a leading role in punishing North Korea for its recent nuclear test that raised worries about advancements in its bomb program.

U.S. Deputy Secretary of State Antony Blinken was in South Korea on a diplomatic push for tougher sanctions and punishment that can force change in the North. Key to those efforts is whether China, the North’s last major ally and a veto-wielding U.N. Security Council member, will join in imposing any harsh punishment on the North.

“We believe that China has a special role to play given the special relationship that it has with North Korea,” Blinken told reporters after meeting with South Korean officials.

He said Beijing has “more influence and leverage” over Pyongyang than any other country because most of N. Korea’s trade goes from, to, or through China. “We are looking to China to show leadership on the issue,” Blinken said.

Blinken flies to Beijing later on Wednesday for talks on North Korea.

China is expected to join in some U.N. sanctions, but isn’t likely to take drastic steps which could conceivably lead to the collapse of the North’s authoritarian government. Analysts say that China fears the onslaught of a wave of refugees, and fears violence surging across the border, if  N. Korea was to collapse.

North Korea says it conducted a hydrogen bomb test on the 6th of January. Many governments and experts remain highly skeptical about the North’s claim, but whatever device North Korea actually detonated is still likely to push the country a step closer toward its goal of manufacturing a miniaturized warhead to place on a missile that can threaten the U.S. mainland.

After the bomb test, the rival Koreas resumed psychological warfare – with Seoul blasting anti-Pyongyang broadcasts from border loudspeakers while Pyongyang does the reverse and also floats propaganda leaflets over the border by balloon.