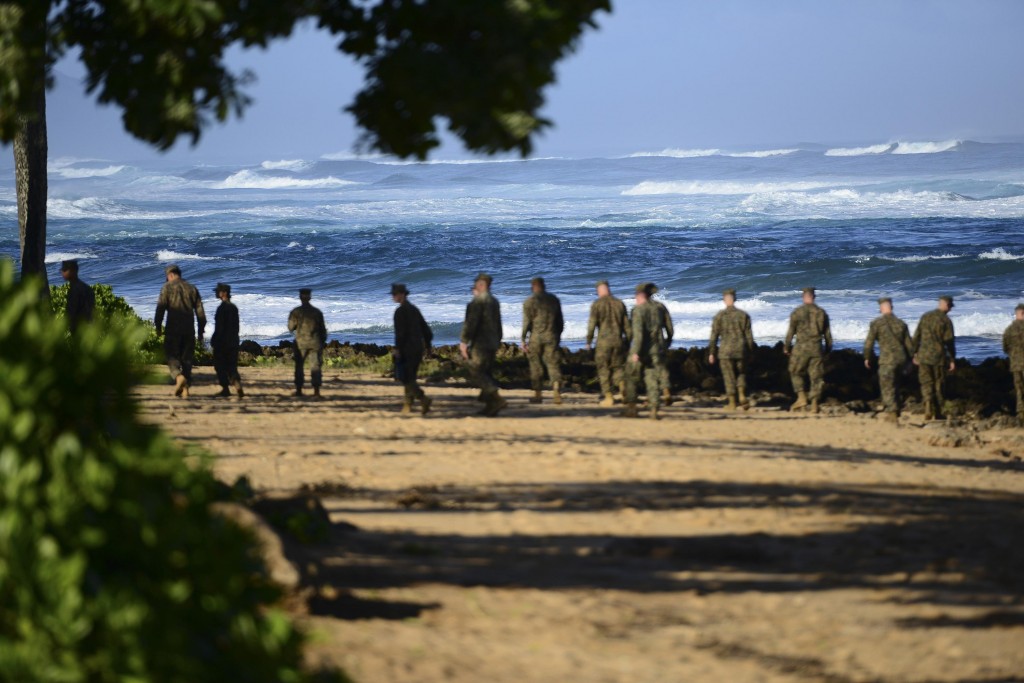 The massive search for 12 Marines who were aboard two helicopters that crashed off Hawaii has been suspended, after the five-day effort failed to locate any sign of them.

Officials said at a news conference late Tuesday afternoon that the search was being suspended at sundown and the Marine Corps would transition to “recovery and salvage” efforts. A memorial is tentatively planned for Friday at the Hawaiian Marine Corps Base in Kaneohe Bay.

“The decision to suspend the search without finding survivors is particularly difficult,” said Capt. James Jenkins, Chief of Staff and Acting Commander of the 14th District Coast Guard in Honolulu.

The search began late Thursday when a civilian on a beach reported first seeing the helicopters flying and then seeing a fireball. The CH-53E helicopters, carrying six crew members each, failed to return to their base at Kaneohe Bay following a nighttime training mission. Hours later, a Coast Guard helicopter and C-130 airplane spotted debris 2 1/2 miles off of Oahu.

The crash was near the north shore, but the search area spanned from the western coast of Oahu to the northeast corner of the island.

Authorities searched for survivors around the clock. The Coast Guard assumes the best-case scenario when considering how long someone in the right equipment and right conditions could survive, Coast Guard Chief Petty Officer Sara Mooers said. “We err on the side of caution because the last thing that anybody wants is to suspend the search when there’s still a possibility of finding somebody,” she said Monday.

Aircrews wear personal flotation devices with their flight suits and get additional training beyond survival swimming training, the Marines said.

People have been found days or even weeks after getting lost at sea, Mooers said.

The CH-53E transport helicopters were part of the 1st Marine Aircraft Wing at Marine Corps Base Hawaii. Known as Super Stallions, they are the U.S. military’s largest helicopter, capable of carrying a light armored vehicle, 16 tons of cargo or a team of combat-equipped Marines, as detailed on the Marine Corps website.

The Coast Guard initially reported that the choppers had collided, but the Marines later said it wasn’t yet known if there was a collision. The cause remains under investigation.

The Marine Corps will strive to “discover all of the facts” surrounding the crash, said Brig. Gen. Russell Sanborn, Commander General of the 1st Marine Aircraft Wing. They will continue the recovery of any debris and “any other remains that may discovered,” he said, “so that we can give closure to those families who are still out there and who still want that final piece of the puzzle.”

All four life rafts from the helicopters were found, but they were empty. According to the Coast Guard, there was no indication anyone had been on any of the rafts, based on their condition and the lack of any personal effects.