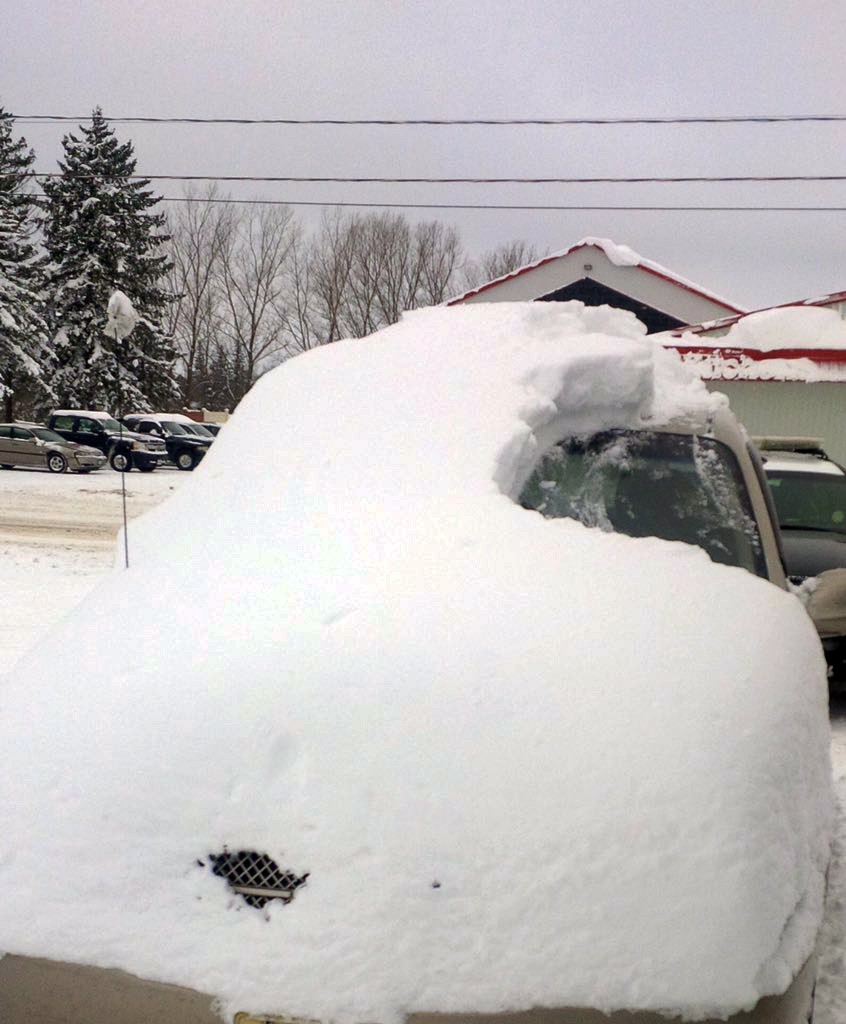 An 80-year-old man was charged after driving a car that was almost completely covered in snow with only a portion of the driver’s side windshield cleared for vision, police said.

Ontario Provincial Police said Wednesday the man received a $110 ticket after an officer spotted a car resembling a pile of snow on the road in Brussels, Ontario on Tuesday.

The man, whose name was not released, was charged with having an obstructed view.

Police spokesman James Stanley said the man said he was too old and weak to brush it off. The officer cleared the snow from the man’s car and let him on his way.

“He was going for a short drive in town. I understand his excuse was he was too old, too weak to brush off the snow,” Stanley said.

Police tweeted a picture of the car.

“Can’t make this stuff up,” the OPP wrote. “Driver charged today in Brussels actually driving like this.”