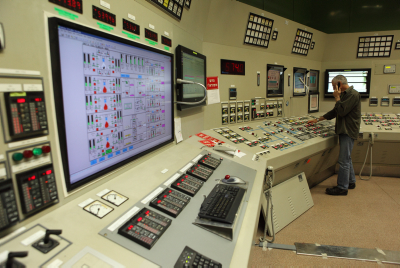 The next time Israelis endure a blackout, Gaza might be to blame. A report by the Israel Electric Company Monday said that garbage from Gaza is interfering with production of electricity at the IEC’s Rotenberg power plant in Ashkelon.

Gaza has been dumping its trash into the Mediterranean for years, such that the waters off Gaza are badly polluted. Garbage does not respect international boundaries, however, and some of Gaza’s garbage inevitably ends up off Israel’s shores – including near the Ashkelon power plant, where the trash gets accidentally sucked inside the intake pipes which supply water to the turbines used to generate electricity.

Those pipes need to be kept open at all times in order for power to be produced properly, forcing workers to clean them out all too often, as the endless stream of garbage perpetually meanders towards Israel’s shores. The IEC said that it has full-time crews whose sole job is to deal with the fallout from Gaza’s garbage.

The company said that it has raised the matter with the government, but has yet to receive a response.