National Who Pays When Obama Travels to Criticize Republicans?
National 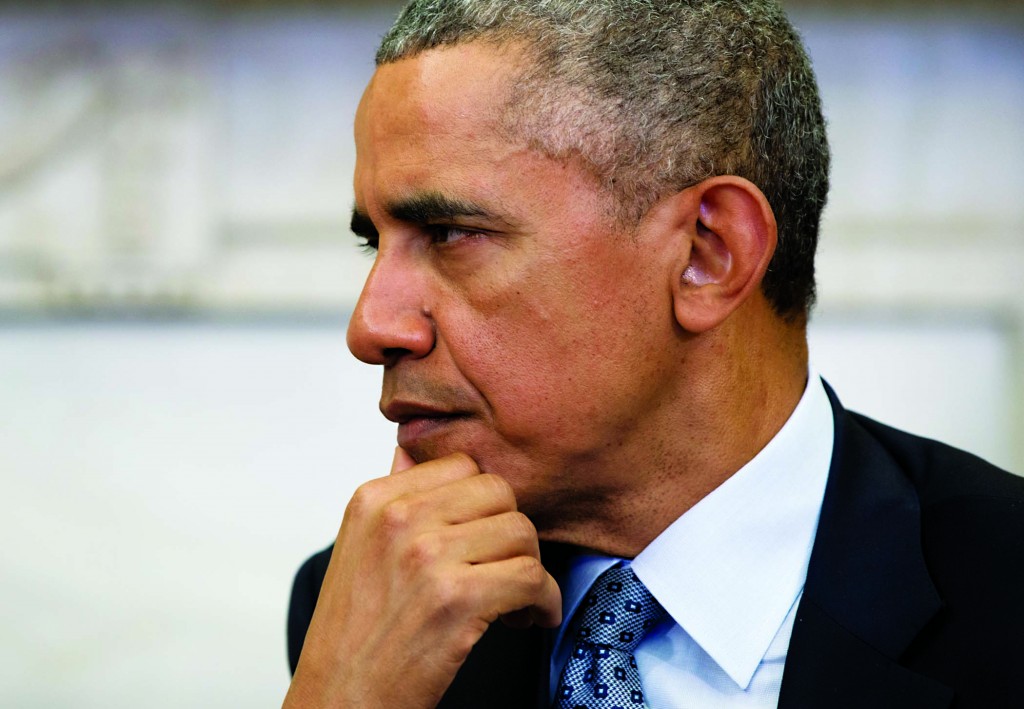 When President Barack Obama travels on official business this election year – even if he delivers an overtly partisan speech bashing Republicans – the costs will largely be paid for by the taxpayers.

The Democratic Party picks up travel expenses when Obama attends a campaign event or fundraiser but not when he makes an official trip, even as he delivers a campaign-style speech.

Obama, who will travel Wednesday to Detroit for a speech on the auto industry, did that last week on a pair of trips to Baton Rouge, La., and Omaha, Neb., where he lambasted proposals of the top two contenders for the Republican presidential nomination, Donald Trump and Ted Cruz.

“When you hear people peddling this fiction about our enemies getting stronger, America getting weaker; when you hear folks say we can solve challenges just by looking meaner and talking tougher or carpet-bombing wherever we want, that’s just hot air,” Obama said last Wednesday at the University of Nebraska-Omaha. “It’s bluster. It’s not serious. … It’s baloney.”

The costs of Obama’s travel include operating the presidential plane – Air Force One – as well as helicopters, cargo planes, armored cars, Secret Service protection and advance, communications and medical staff.

The White House itself decides whether a trip constitutes official business or political travel. It makes the determination in secret.

The travel policies of various administrations “generally are not publicly available,” but most follow guidelines written by the Reagan White House in 1982, according to a 2012 report by the Congressional Research Service, a nonpartisan legislative agency.

“It’s a blurry line, and they get to decide where to draw it,” said Stephen Spaulding, policy counsel at Common Cause, a nonpartisan government-watchdog group. “It’s not easy for people to hold them accountable.”

The guidelines were written to comply with the general legal principle that federal funds are to be used only for the purposes for which they are appropriated, and in response to Department of Justice Office of Legal Counsel opinions, Federal Election Commission rules and U.S. Government Accountability Office audits, according to the review.

“When they travel and appear in public to defend their policy positions, the difference between their official duties and their activities as leaders of their political party can be difficult to assess,” the Congressional Research Service concluded. “As a result, the White House decides the nature of travel on a case-by-case basis, attempting to determine whether each trip, or part of a trip, is or is not official by considering the nature of the event involved, and the role of the individual involved.”

Meredith McGehee, policy director at the nonpartisan Campaign Legal Center, said no effort had ever come close to opening up those travel standards to public scrutiny. “The rules are impossible to access,” she said. “No president has come in and made that change.”

During the 2014 midterm elections, Obama concentrated on fundraising after his approval ratings dropped, bringing in millions of dollars to help vulnerable Democratic candidates without appearing beside them.

In the run-up to the presidential and congressional elections this year, he is expected to both raise money and campaign for Democratic policies and candidates, as he looks to shore up his legacy.

Obama began his push last year in the home state of Wisconsin Gov. Scott Walker, then one of the top Republican presidential candidates, delivering a speech that lambasted Republicans in general and Walker in particular for “the same-old trickle-down you’re-on-your-own economics.”

Oftentimes, Obama combines official and political travel, but sometimes, as in Wisconsin, he goes solely for the event. The White House deemed it official travel.

Republicans say Obama appears to deliver overtly political speeches at non-campaign events, but he’s not alone. Every recent president has faced the same accusation when it comes to taxpayer-subsidized travel.

White House officials defended Obama’s actions, saying he follows the law and the practice of his predecessors.

“As in other administrations, we follow all rules and regulations to ensure that the DNC or other relevant political committee pays what is required for the president to travel to political events,” White House spokesman Eric Schultz said.

The government pays all costs for official trips. When a trip is deemed political, a campaign or campaign committee, such as the Democratic National Committee, pays for food, lodging and other expenses and reimburses the government for airfare, though at a reduced cost based in part on the number of people traveling for political reasons, as opposed to Secret Service agents and others who always travel with him.