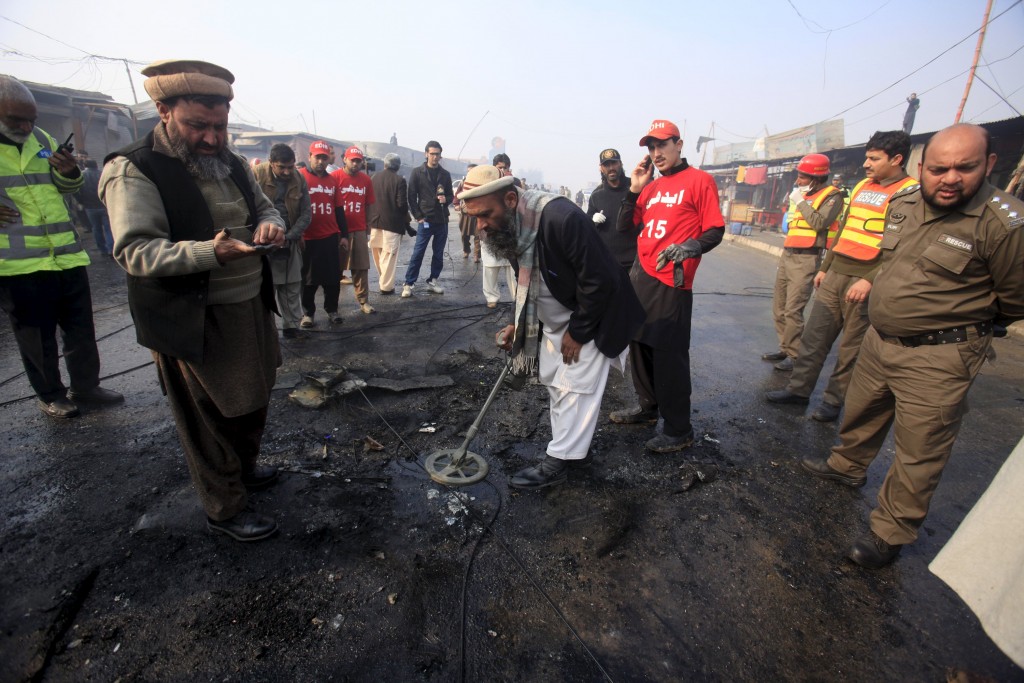 A suicide bomber blew himself up close to a police checkpoint in northwestern Pakistan on Tuesday, killing at least ten people and wounding more than 20, officials said.

“He was riding an explosives-laden motorcycle and hit the checkpoint and the vehicle of the line officer,” Khan said.

Among the dead were at least five police officers including the line officer whose vehicle was targeted by the bomber, and a journalist, officials said.

The attack took place in an area where security forces have stepped up their fight against Pakistani Taliban and other terrorist groups along the border with Afghanistan, following the December 2014 massacre of more than 150 people, mostly children, at an army-run school.

Attacks have fallen since the government crackdown and the Taliban were squeezed into small pockets of territory, but terror groups remain able to launch hit-and-run and suicide attacks on security forces.

A spokesperson for the Hayatabad Medical Complex in Peshawar, where the wounded were evacuated, said earlier that the hospital had received six bodies, including that of a child.  No one has claimed responsibility for the blast.