Israel Peres Out of Hospital After Mild Heart Attack
Israel 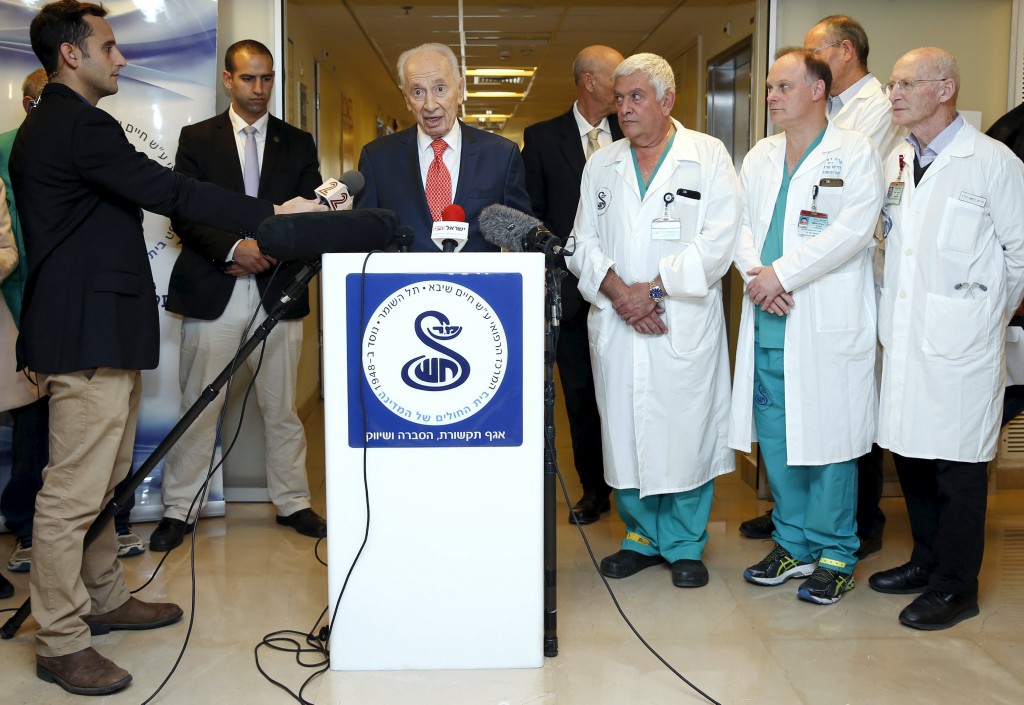 Peres thanked well-wishers after checking out of Tel Hashomer Hospital, near Tel Aviv. He said he was “happy to return to work and excited to serve the country.”

Peres completed his seven-year term as president in 2014 but remains in the public eye.

Peres has filled nearly every position in Israeli public life since he became the director-general of the Defense Ministry at the age of 25. Peres was first elected to parliament in 1959. In a seven-decade political career, Peres also served three brief stints as prime minister.

Peres was rushed last week to the hospital after experiencing chest pains. A check-up found an irregular heart rate and he was given a successful cardiac catheterization.