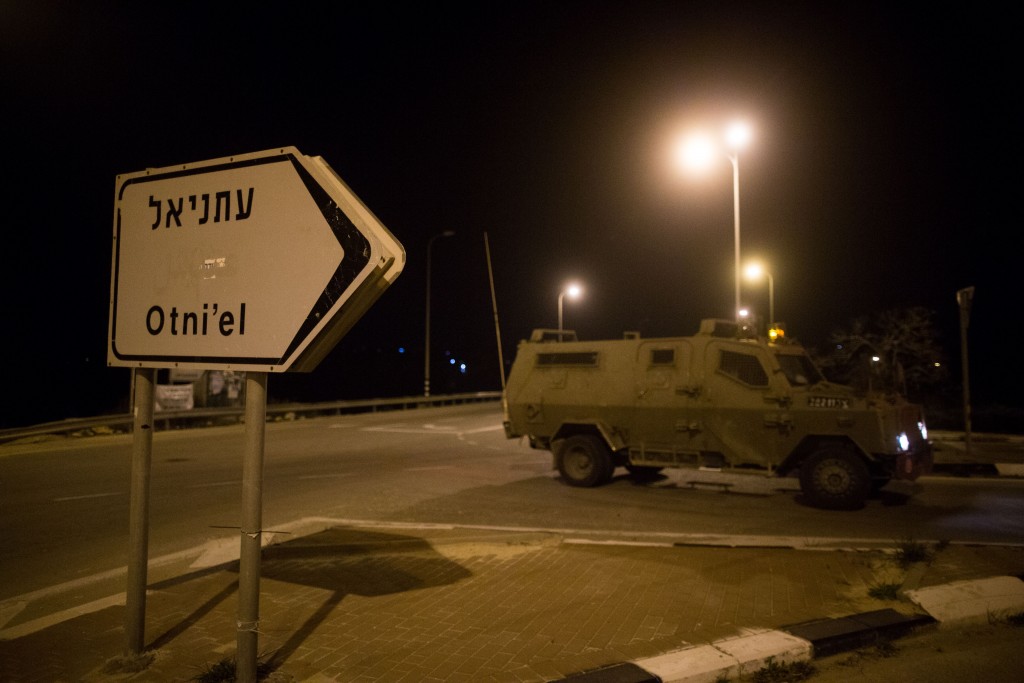 In cooperation between the intelligence services of the Shin Bet and the IDF, on Tuesday morning a suspect was arrested in the attack in Otniel in which 38-year-old Dafna Meir, Hy”d, was murdered Sunday evening.

The terrorist is a 16-year-old from a village near the Arab town of Yatta in the south Chevron Hills, Israel Radio reported. Morad Badar Abdallah Adias was captured based on images taken of him by security cameras as he tried to run away from the scene of the terror attack.

The images clearly show Adias hiding behind a bush after the attack, and then running away. On Sunday night, shortly after the attack, residents of Otniel were under lockdown, because security officials feared that the terrorist was still in the town. Only later in the evening, after seeing the footage, did they realize that Adias had left the town. IDF soldiers searched Arab villages in the region throughout the night for the terrorist, on the theory that Adias was hiding in one of them.

Adias apparently got into the town through a small hole in the security fence, which officials found. It was originally thought that he may have been a day laborer who remained behind in the town in order to carry out the attack; as a result, all Palestinian workers were banned from entering Jewish towns in Gush Etzion, the South Chevron Hills region, and Beitar Ilit on Monday and Tuesday. It is not clear if permits will be restored in light of Adias’s arrest.

Security officials said on Israel Radio Monday that they were considering banning Palestinian workers from entering Israeli towns in Yehudah and Shomron altogether, out of fear that terrorists will now adopt this method as a way to kill Jews. Tens of thousands of Palestinians work in Jewish towns. With that, the IDF said that it was still allowing Arab workers into industrial zones outside the security fences of towns.

Yochai Damri, head of the South Chevron Hills Regional Council, expressed his gratitude to the Shin Bet and IDF for the quick capture of Adias. “They caught him within 36 hours of the attack,” said Damri. Meir, he said, “ferociously defended the three children who were in the house at the time when the terrorist struck. Now we have six more orphans and another widower. I have a clear message: We will not be intimidated by this horrible murder. It will not help them. Anyone who thought we would run away, that we would be afraid, had better think again. Just the opposite.”