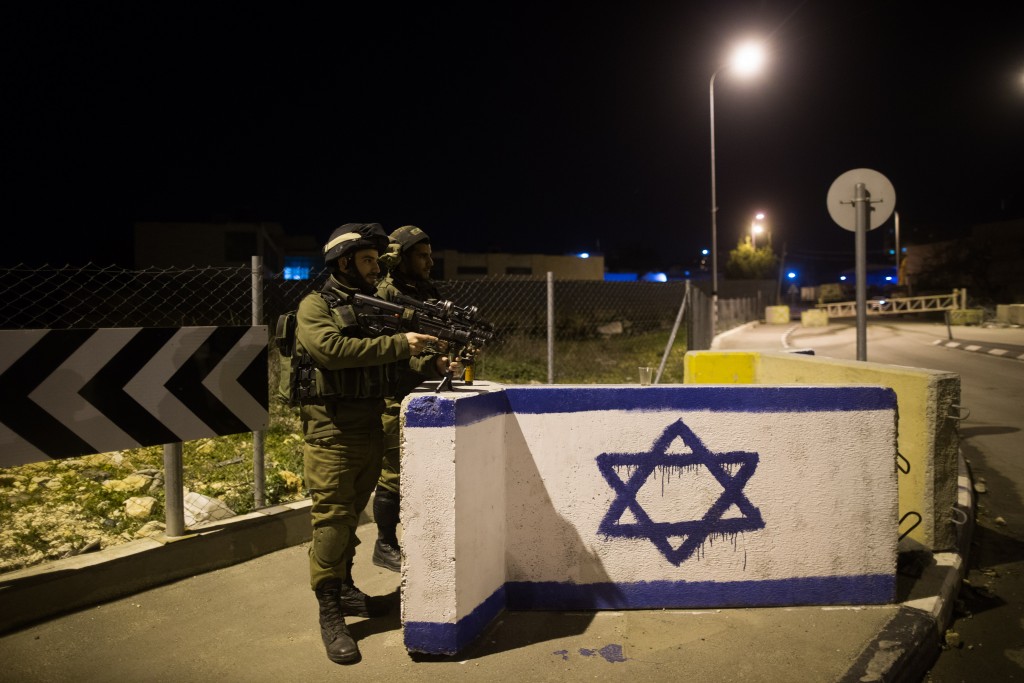 In response to the horrific murder of Dafna Meir Hy”d in Otniel, the IDF was reviewing its security measures on Monday, particularly the issue of Palestinian access to Jewish areas.

A source quoted by Kol Yisrael radio said that the entry of Arab laborers into towns in Yehudah and Shomron will be reconsidered, in light of the fact that the terrorist who stabbed Meir to death worked in the town of Otniel.

On Monday, Arab workers were denied entrance to the Har Hevron region, where Otniel is situated.

The IDF’s Etzion Brigade commander Col. Roman Gofman imposed a ban on all Palestinian workers in the Gush Etzion bloc. No time limit was given.

Speaking before a meeting with Indian Foreign Minister Sushma Swaraj, Netanyahu
expressed condolences to Meir’s husband, Natan, and the entire family. “The people of Israel are aching with you,” he said.

Netanyahu said he spoke to Yohai Damari, the head of the Chevron Hills Regional Council. “I asked him to give strength to the residents, and I said we will strengthen the communities.”

As the manhunt for Meir’s murderer continued, IDF Chief of Staff Lt. Gen. Gadi Eisenkot visited Otniel on Monday, touring the area with commanders responsible for security in the region.

Overnight between Sunday and Monday, Israeli security forces arrested 27 Palestinians, some of whom were suspected of terror activity and disturbing the order.