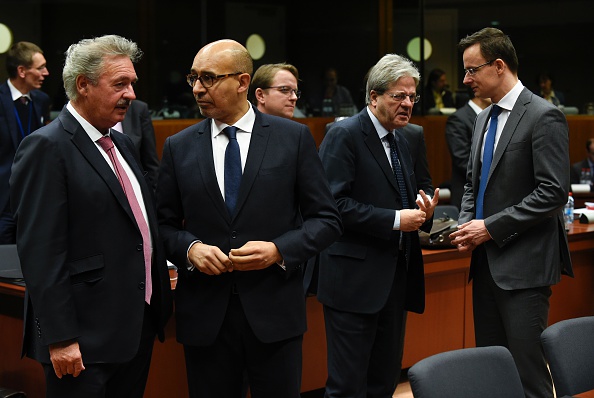 The European Union on Monday issued a resolution excluding lands acquired by Israel after the 1949 Armistice from all agreements between Israel and the EU.

Israel’s Foreign Ministry responded by saying: “Following the diplomatic and political efforts of Prime Minister Binyamin Netanyahu and the Ministry of Foreign Affairs, the EU softened its resolution.

“Nonetheless, the EU continues to apply double standards to Israel, while ignoring the Palestinian Authority’s responsibility for the frozen political process and for the incitement that is feeding the wave of Palestinian terror.”

Israeli diplomats lobbied for a more moderately-worded resolution than the one approved by EU ministers on Friday. They subsequently decided to consider changes in the text, before formal adoption, Haaretz reported.

The resolution also ratified the recently published guidelines for labeling of products from over the Green Line, though stipulating that it does not constitute a boycott of Israel, which the EU says it rejects.

Israeli officials were quoted by Ynet as saying that the resolution proves that the labeling initiative was never about consumer protection, as the EU claimed, but was in fact a political maneuver aimed at pressuring Israel to resume the peace process.

“This proves just how divorced from reality the European diplomatic service is,” said one official. “We want to prevent this document at all costs. It is liable to bring about new sanctions.”

Sweden, Ireland and Austria were reportedly leading the move for the resolution.