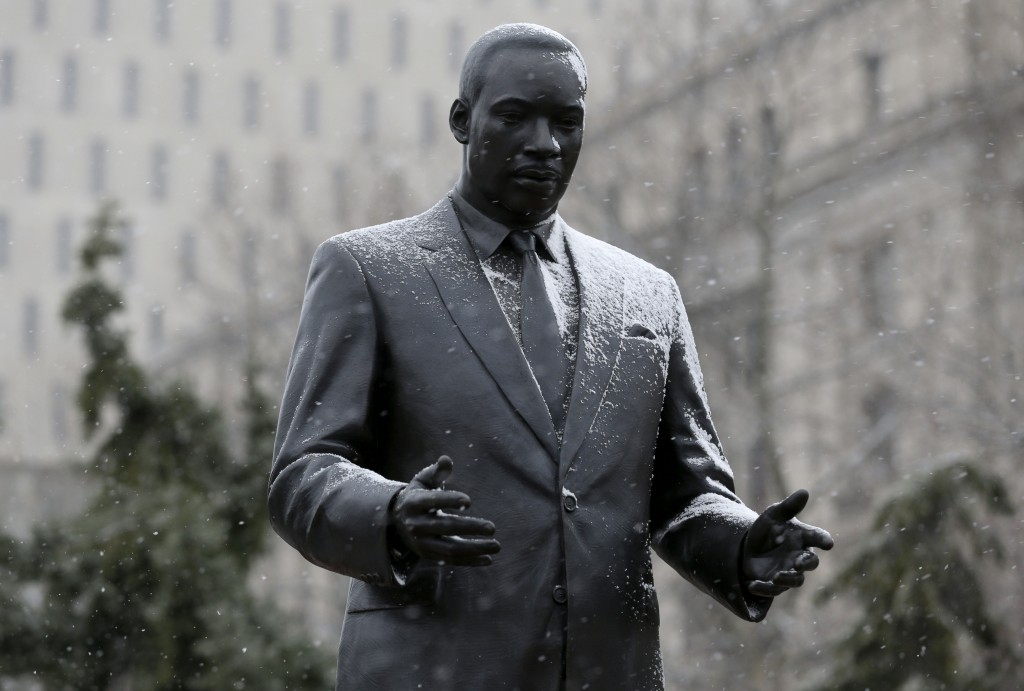 For the first time in 17 years, civil-rights leaders gathered at the South Carolina Statehouse to pay homage to the Rev. Martin Luther King Jr. without the Confederate flag casting a long shadow over them.

The flag was taken down over the summer after police said a young white man shot nine black church members to death during a Bible study in Charleston. Following the massacre at the Emanuel African Methodist Episcopal Church, Gov. Nikki Haley reversed course and made it a priority for lawmakers to pass legislation to remove the flag.

Bishop James Walker, who presides over the 7th Episcopal District in Connecticut, praised the National Association for the Advancement of Colored People for its fight against the flag.

“You forced important power in high places to recognize that the scared memory of the Emanuel Nine would be parched by a symbol of injustice flying over the Capitol,” he said at a prayer breakfast.

At the Statehouse, about 1,000 people assembled under chilly, sunny skies to mark the 30th anniversary of the federal holiday honoring the slain civil rights leader, who was killed in 1968.

The state NAACP said there is still more work to do to honor King and the theme of this year’s rally is “education equity,” with speakers calling for South Carolina to spend more money to help students in poorer, more rural school districts, which frequently have a majority of black students.

And this year’s event will also include appearances by all three main Democratic presidential candidates — Hillary Clinton, Bernie Sanders and Martin O’Malley. There was a heavier security presence compared with previous years because of the candidates.

After the prayer breakfast, the NAACP then marched five blocks to the Statehouse, O’Malley and Sanders up front.

The rally in Columbia is one of many planned. In the nation’s capital, President Barack Obama and first lady Michelle Obama planned to take part in a community service program in King’s honor. Attorney General Loretta Lynch was to be the keynote speaker at a National Action Network King Day Awards program and FBI Director James Comey planned to lead a government wreath-laying service at the Martin Luther King Jr. memorial in Washington.

Elsewhere, the King Center in Atlanta celebrated the holiday with a remembrance ceremony at Ebenezer Baptist Church. That commemoration caps more than a week of events meant to celebrate the slain civil rights icon’s legacy under the theme: “Remember! Celebrate! Act! King’s Legacy of Freedom for Our World.”

The theme of freedom is especially meaningful this year, she said, because it is the 50th anniversary of her father’s trip to Chicago to highlight the need for open and fair housing. King and the Southern Christian Leadership Conference in January 1966 had announced plans for the Chicago Freedom Movement. In a nod to that legacy, Secretary of Housing and Urban Development Julian Castro was set to speak.