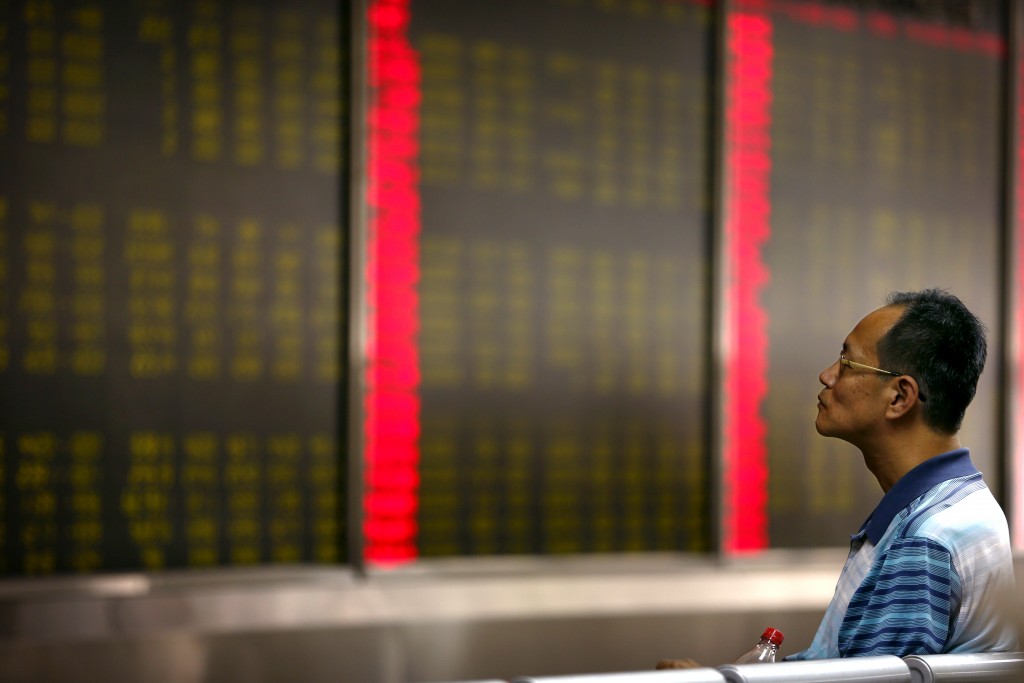 Asian shares slid to their lowest levels since 2011 on Monday after weak U.S. economic data and a massive fall in oil prices stoked further worries about a global economic downturn.

Crude prices faced fresh pressure after international sanctions against Iran were lifted over the weekend, allowing Tehran to return to an already over-supplied oil market.

Brent oil futures fell below $28 per barrel, touching their lowest level since 2003.

“Iran is now free to sell as much oil as it wants to whomever it likes at whatever price it can get,” said Richard Nephew, program director for Economic Statecraft, Sanctions and Energy Markets at Columbia University’s Center on Global Energy Policy.

MSCI’s broadest index of Asia-Pacific shares outside Japan fell to its lowest since October 2011 and was last down 0.5 percent.

Japan’s Nikkei tumbled as much as 2.8 percent to a one-year low. It has lost 20 percent from its peak hit in June, meeting a common definition of a bear market.

The volatile Shanghai Composite index initially pierced through intraday lows last seen in August before paring the losses and was last up 1 percent. It was still down 17 percent this month.

On Wall Street S&P 500 hit a 15-month low on Friday, ahead of Monday’s market holiday.

“The fact that U.S. and European shares fell below their August lows, failing to sustain their rebound, is significant,” said Chotaro Morita, chief fixed income strategist at SMBC Nikko Securities.

“We are coming to a stage where we need to consider the risk of recession in the global economy,” he said.

An unexpected drop in retail sales and the third consecutive monthly fall in industrial output in December added to the latest indication that U.S. economic growth braked sharply in the fourth quarter.

Following that data, the Atlanta Federal Reserve’s closely-watched GDPNow forecast model showed the U.S. economy is on track to grow 0.6 percent in the fourth quarter, slowing sharply from 2.0 percent growth in the third quarter.

Investors further cut back their Fed rate-hike expectations, with short-term interest rate futures pricing in only one rate hike by the end of year, compared with two hikes priced in at the start of year.

Outside the United States, the economic outlook appeared even bleaker, with the energy and raw material sector hit the hardest as China’s massive investment-led economy slows down.

“The biggest focus is oil prices. Oil-producing countries have to sell their assets to finance their budget gaps. They are selling shares around the world,” said Norihiro Fujito, senior investment strategist at Mitsubishi UFJ Morgan Stanley Securities.

In currency markets, commodity-linked units were hit hard, with the Canadian dollar hitting its lowest in nearly 13 years.

The Chinese yuan rose 0.6 percent in the offshore trade to 6.5808 to the dollar, however, as Chinese authorities continued to stamp down speculative yuan selling. China will start implementing a reserve requirement ratio (RRR) on some banks involved in the offshore yuan market, the People’s Bank of China (PBOC) said on Monday, in what appears to be its latest attempt to stem speculation in the currency.

Steps to stabilize the yuan gave battered copper prices some breathing room. Three-month copper on the London Metal Exchange climbed 1.4 percent to $4,390 a ton, paring losses from Friday when prices touched their weakest since May 2009 at $4,318 a ton.