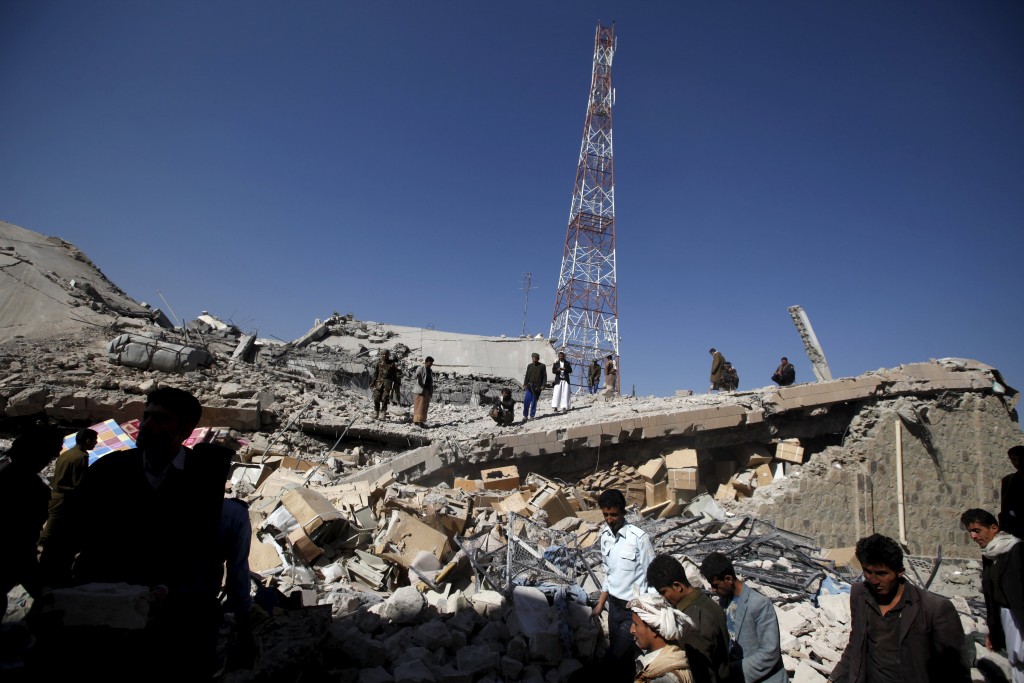 An airstrike by the Saudi-led coalition targeted a building used by police in Yemen’s capital, Sanaa, killing at least 20 people and wounding about 15, security officials said on Monday.

The officials, who are loyal to anti-government Shiite rebels known as the Houthis, said some 30 more people are believed to be still trapped under the debris of the badly damaged building in central Sanaa. Police vehicles parked in the facility’s courtyard were destroyed and nearby homes suffered some damage, they said. The dead and wounded were policemen and Houthi rebels, according to their report.

Security forces sealed off the area as earth-moving equipment arrived to help with the search for bodies and survivors under the debris. The building was partially used as a gathering point for security forces and on occasion used by the Houthis as an assembly point for forces headed to deployment elsewhere in Yemen.

The airstrike happened shortly before midnight on Sunday, according to the officials, who had no further details. Reporters were barred from approaching the facility, they said, speaking Monday on condition of anonymity because they were not authorized to speak to the media.

The Saudi-led coalition began airstrikes against the Houthis and their allies in March 2015, siding with the internationally recognized government.

Meanwhile, the Integrated Regional Information Networks (IRIN), a Nairobi-based humanitarian news agency, has announced the death of one of its contributors in Yemen. In a statement, it said 35-year-old Almigdad Mohammed Ali Mojalli was killed Sunday just outside Sanaa in an “apparent” airstrike. Mojalli also contributed from Yemen to Western media outlets, including Voice of America and Britain’s Daily Telegraph newspaper, said the statement.

The fighting in Yemen has, since last March, killed more than 5,800 people.