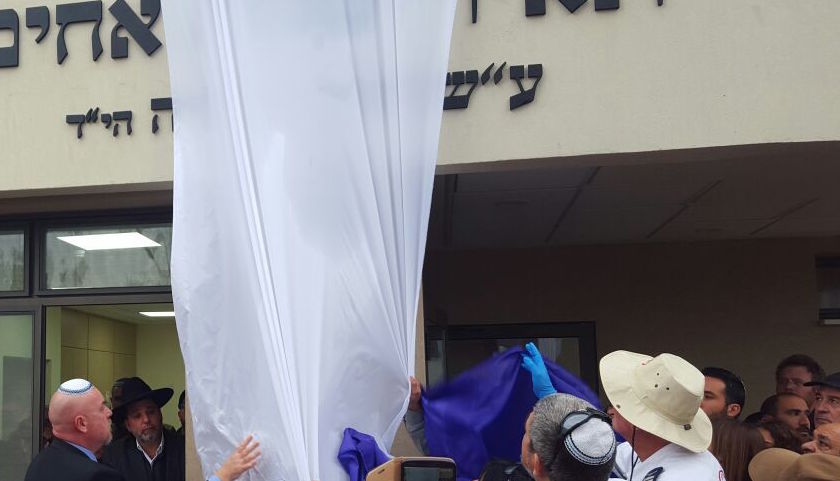 Shmulik Rada, the father of Ta’ir Rada, who was tragically murdered at the age of 13 in 2006, realized a dream he has had since losing his daughter – dedicating a shul in her name in his hometown of Katzrin. The elder Rada succeeded in seeing that dream come true on Thursday – one day before he passed away.

The elder Rada would have been 60 on Shabbos, but he was niftar after a long battle with cancer – but not before hundreds of people gathered Thursday at the new shul dedicated to his daughter’s memory. The “Ta’ir Shevet Achim” shul, Rada said in an interview before his passing, was “our family’s small victory. With the help of the wonderful people who raised money for this project, we succeeded in building a beautiful edifice. We received help from people of all kinds, from moguls who gave thousands to simple people who gave just a few shekels.”

Rada’s attendance at the ceremony was up in the air until just a few hours before the event, due to his condition. Magen David Adom dispatched a special ambulance to the Rada household to ensure that Shmulik would be able to attend.

Speaking after the levayah, Shmulik’s widow Ilana said that “the story of our family touched so many people in the country, and Shmulik’s determination to preserve the memory of Ta’ir by building this shul has been a very emotional process for us. We are so grateful to all the people who helped make this happen.”