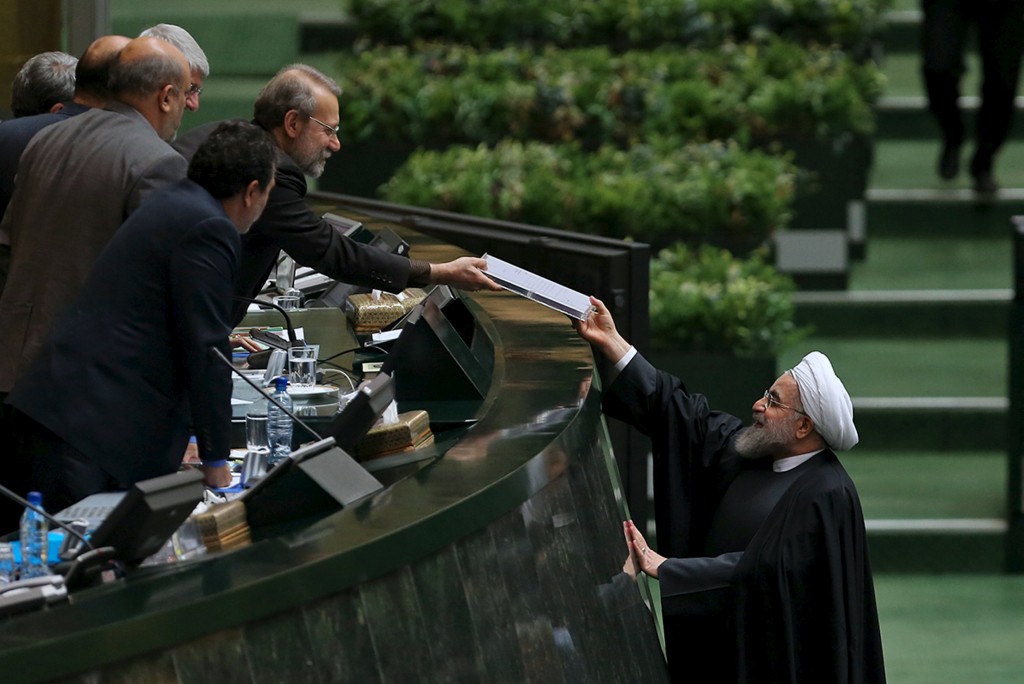 Speaking in the parliament in comments broadcast live on state media, Rouhani said, “In [implementing] the deal, all are happy except Zionists, warmongers, sowers of discord among Islamic nations and extremists in the U.S. The rest are happy.”

Rouhani said the deal has “opened new windows for engagement with the world.”

A strong supporter of the agreement, Rouhani sent out a celebratory post calling it a “glorious victory” late Saturday night while the speeches in Vienna were still taking place.

Rouhani also said that the nuclear deal with world powers was a “golden page” in the country’s history.

Addressing parliament and presenting the draft budget for the next Iranian fiscal year, Rouhani said the deal was a “turning point” for the country’s economy.

Rouhani, who was submitting the draft budget for the next Iranian fiscal year (beginning March 21) to parliament, told lawmakers that low oil prices were the best reason to cut the price tag to oil.

“I am greatly relieved by the safe return of American prisoners from Iran,” the former U.S. secretary of state said in a statement following announcements of a historic and multi-faceted deal between Iran and the United States.

She said if she were elected president in November, her approach to Iran would be “to distrust and verify.”

Clinton added, “Iran is still violating UN Security Council resolutions with its ballistic missile program, which should be met with new sanctions designations and firm resolve.”