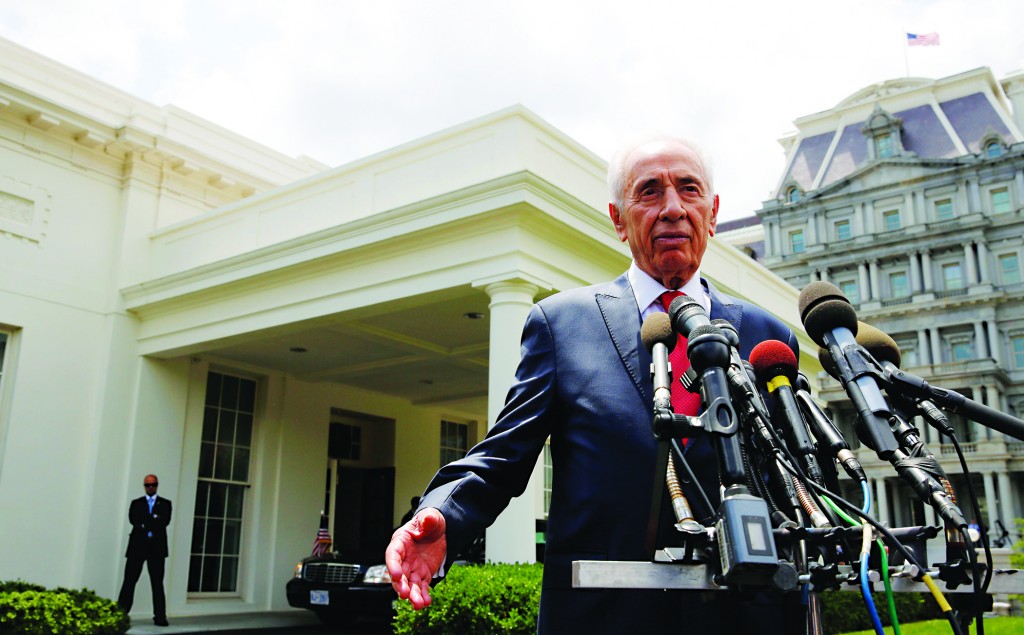 Israel has not done enough to “understand” the reasons behind Palestinian terror, according to former President Shimon Peres. In an interview with German magazine Der Spiegel, Peres spelled out his views on the peace process, and why it was not progressing.

Peres gave the interview to the magazine earlier this month, before he  suffered a heart attack last week. Peres was rushed to the hospital last Thursday after complaining of chest pains, and was found to have suffered a heart attack. He underwent a catheterization procedure, and is said to be in good condition.

While he did not outright justify Palestinian terrorism, Peres said that the reasons for it were understandable. “This terror is a revolt,” he told the magazine. “Many young people are attracted today by the totalitarianism of terror. What we have in Israel is part of this development – but at the same time it is different. There needs to be two states, but there is only one. This contributes to the fact that young Palestinians are against us. Israel often does not see the real reasons. Israel does not see this as a protest. It sees the killing.” Israelis needed to put the Palestinian violence into context, Peres said.

Peres also had positive things to say about Palestinian Authority chief Mahmoud Abbas. While Prime Minister Binyamin Netanyahu has often accused him of inciting Palestinians to commit acts of terror against Israelis, Peres claimed this was not the case at all. “Abbas is a very courageous man,” said Peres.

“I met him often and negotiated with him directly. He wants peace and he fights terror.”

The only solution, Peres said, was a true two-state solution. “I believe that Israel is in a transitional phase,” said Peres. “I do not think that we will be able to eternally avoid a diplomatic solution, which will be the two-state solution. Nothing else will do.” Netanyahu’s government has been based on trying to have it both ways, said Peres. “Netanyahu has recently proposed a kind of 1.5-state solution during his visit to the United States: a demilitarized Palestinian state, which is further controlled by the Israeli military. That is not acceptable. The whole world wants a two-state solution.”

And eventually – when Netanyahu leaves office – that is what will take place, said Peres. “Israeli governments are not forever, they are temporary.”