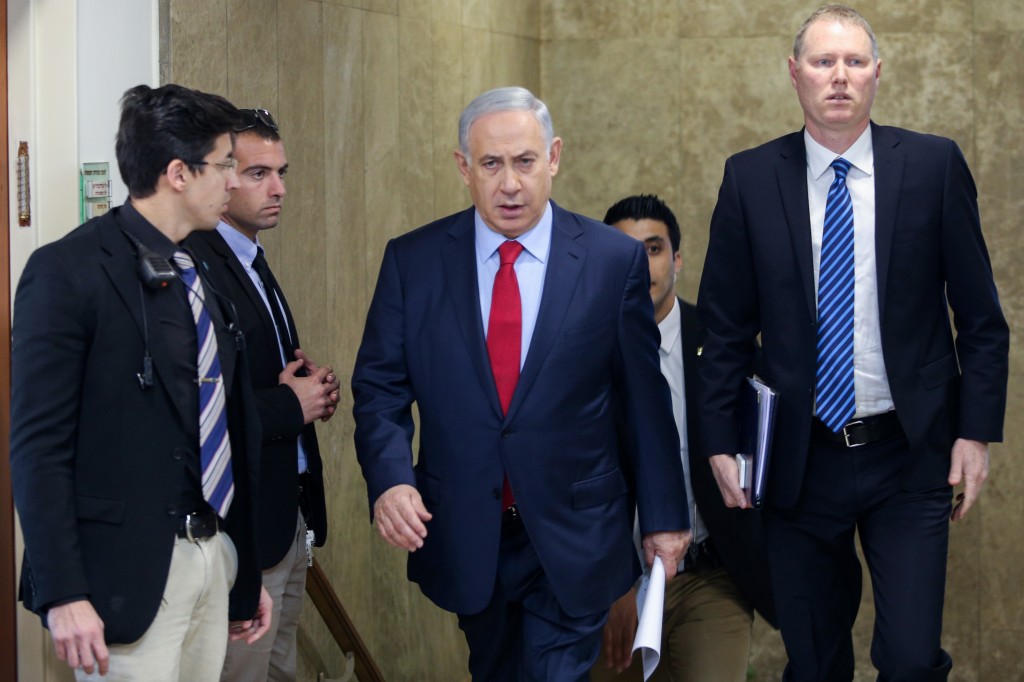 Netanyahu expressed his support for the bill, promoted by Justice Minister Ayelet Shaked (Jewish Home), but said that the provision requiring NGO employees visiting the Knesset to wear identifying tags should be removed from the bill.

According to the original bill, representatives found without a badge will have their entry permit to the Knesset revoked. As well, NGOs that fail to comply with the new legislation will receive a fine of up to NIS 29,200 ($7,700).

“[Wearing identifying tags] is unnecessary,” Netanyahu said. “But, I think that we should demand NGOs report on contributions they receive from foreign nations from the first dollar. That way the law will be comparable to U.S. legislation.”

Among the most vocal critics of the bill is the U.S. State Department, something Netanyahu said he didn’t understand, given that a very similar American law – the U.S. Foreign Agents Registration Act – has basically the same terms. While expressing “surprise” at the criticism, Netanyahu noted that with his suggested adjustments to the law there is really no further grounds for opposition. “I don’t understand how a demand for transparency is anti-democratic,” he said. “The opposite is true – in a democracy people want to know who is financing this NGO or that, from the left to the right, from top to bottom.”

In particular, he noted, foreign states pouring funds into specific NGOs to further political goals “is definitely something that the public needs to know about. What needs to be done is to establish norms which were adopted by the U.S. House of Representatives,” Netanyahu continued. “Therefore, I have requested to promote this law with two adjustments.”

The Justice Ministry released the following statement in response: “The proposal brought forth by the prime minister that transparency would be imposed on NCOs receiving funding from foreign nations from the first shekel in exchange for dropping the provision requiring the wearing of identifying tags will be looked into positively by the minister of justice.”

The bill would require non-profits receiving more than half of their funding from foreign governments to officially note it in their official publications. In practice, the legislation would affect left-wing organizations almost exclusively.

On other fronts, during the monthly meeting of EU foreign ministers in Brussels to be held Monday, a decision is expected on its next steps vis-a-vis the Israel-Palestinian issue and the distinction between Israel proper and its settlements. It is not yet not clear how harsh the EU measures will be; a number of EU nations, headed by France, have been considering the possibility of passing a resolution against the settlements in the United Nations Security Council.

The European Union also expressed reservations about the NGO transparency bill, with officials in the EU saying that “Israel should be very careful about reigning in its prosperous democratic society with laws that are reminiscent of totalitarian regimes.”

“I hope that the EU foreign ministers’ discussions will not continue with the double standard against Israel,” the prime minister retorted. “The attacks on Israel will not help the EU become a party to discussions in the Middle East. It is unjust and we will not accept it.”