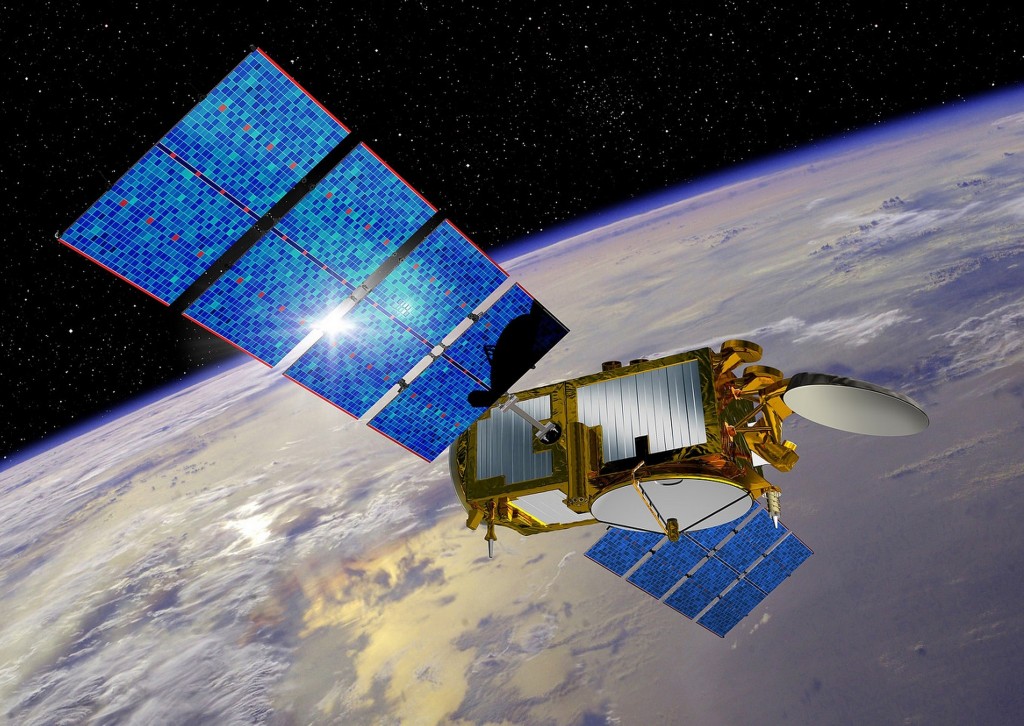 The latest in a series of U.S.-European satellites designed to detect and measure ocean phenomena like El Nino is scheduled for launch this weekend aboard a SpaceX rocket that will attempt to land its discarded first stage on a floating barge.

If the launch is successful, the Jason-3 satellite would continue an unbroken record of more than two decades of sea level measurements from orbit. Liftoff from Vandenberg Air Force Base, northwest of Los Angeles, was planned for a 30-second window at 10:42 a.m. PST Sunday, with a backup opportunity on Monday.

As the current El Nino in the eastern Pacific has strengthened, Jason-3 has been stuck on the ground. Jason-3’s launch was originally scheduled for August 2015 aboard a SpaceX Falcon 9 rocket. However, the launch was postponed after a different Falcon 9 rocket failed during a supply mission to the International Space Station in June. After correcting the problem, a successful launch last month restored Falcon 9s to flight status.

Like its three predecessors, Jason-3 is equipped with a radar altimeter to bounce microwave energy off the ocean and a GPS system to identify the satellite’s precise location. Timing of how long it takes the signal to return indicates sea-level height, which rises or falls depending on the temperature of the water.

The data collected can detect the weather-altering El Nino condition and its opposite, La Nina, and are most familiar to the public in images of the Pacific Ocean that use colors to illustrate variations in heat. Other pragmatic uses include measuring global sea-level rise, and forecasting the strength of hurricanes and other severe weather and ocean conditions for the shipping industry and in response to oil spills.

“Jason allows us to get the big picture in terms of sea-level change in the years to come,” said Laury Miller, Jason-3 program scientist.

Jason-3 is a project of the National Oceanic and Atmospheric Administration, NASA, the French space agency Centre National d’Etudes Spatiales, and the European Organization for the Exploitation of Meteorological Satellites. It was built by Thales Alenia of France.

Jason-3 will ultimately replace Jason-2, which has been in orbit since mid-2008 and has been tracking the current El Nino that experts say has tied the 1997-98 version as the strongest recorded, and which is expected to last through the winter before weakening in the spring.

Despite being in its eighth year and only designed to last for five, Jason-2 “is still in great shape,” Jason-3 project scientist Josh Willis said. After being used to help calibrate the new satellite, Jason-2 will be moved to an orbit to study the shape of the sea floor.

The series of spacecraft began with Topex-Poseidon, which operated from 1992 to 2006. Topex, short for ocean surface topography experiment, revolutionized understanding of the role of ocean temperature on climate. Its successor, Jason-1, operated from 2001 until it was decommissioned in 2013.

Mission scientists emphasized at a prelaunch briefing that it is important to maintain an unbroken record of global sea level variation.

SpaceX will use the Jason-3 launch to again try to land a Falcon 9 first stage on an oceangoing barge, with the second stage and satellite continuing toward orbit. The Hawthorne, California, company hopes to reduce launch costs by reusing rockets rather than having them fall into the ocean.

Two previous attempts to land a rocket on a barge in the Atlantic failed, but last month SpaceX succeeded in returning a rocket to a vertical landing at Cape Canaveral, Florida, after putting a cluster of satellites into orbit.

Hans Koenigsmann, vice president of mission assurance for Space-X, said the current rocket would have been able to return to land but the company does not have environmental approval at Vandenberg yet.

Meteorologists predict swells of 10 to 13 feet where the barge will be waiting for the rocket landing attempt.

“The sea state is good for surfing and a little high for landing, but we don’t anticipate that that’s going to be a major problem,” said Koenigsmann. “I’m really hopeful. We had a really good landing last time.”

The barge landing attempt would not be visible from shore because it will occur beyond the horizon, he said.

The cost of the mission, including five years of operation, was put at $180 million.