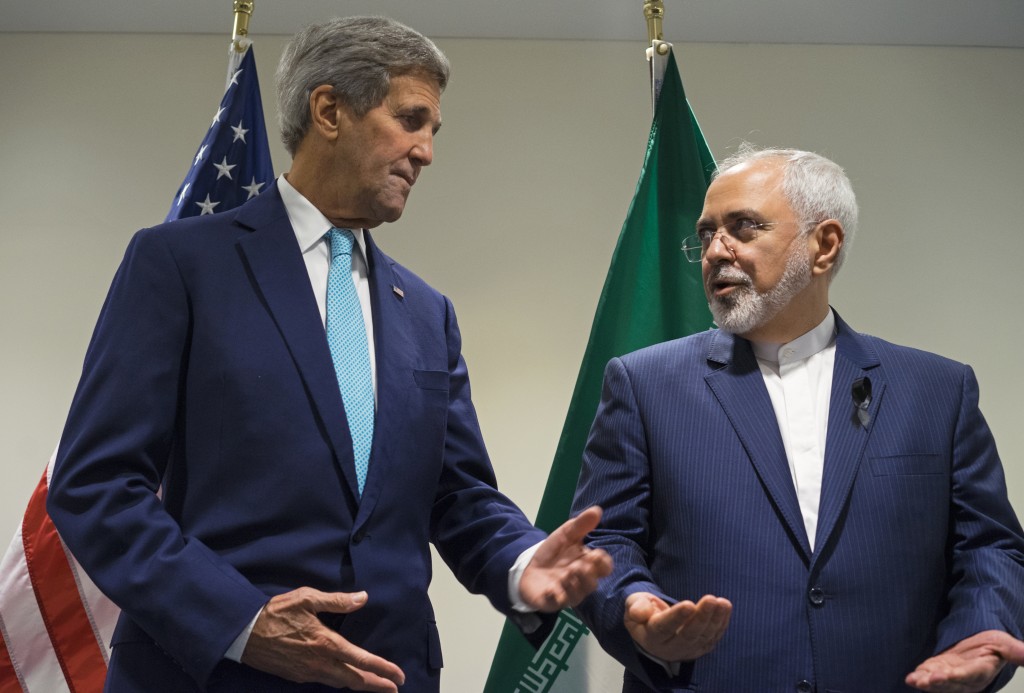 As the nuclear deal with Tehran goes into effect, many Middle Eastern countries fear a newly emboldened Iran, flush with cash and international recognition, will grow more aggressive with what they see as meddling in conflicts across the region.

The deal, clinched last summer after intense negotiations, forced Iran to dismantle most of its nuclear program, a step that proponents say will prevent it from gaining the capability to make a bomb for well over a decade. The International Atomic Energy Agency on Saturday certified that Iran had met its obligations, paving the way for Western sanctions to be lifted and giving Iran access to $100 billion in frozen assets.

While the United States, which led the negotiations, has tried to promote the deal as the beginning of a new chapter in relations with the Islamic Republic, the agreement has been greeted with suspicion and trepidation across much of the Middle East. For Israel and Sunni states such as Saudi Arabia, Shiite Iran is seen as a destabilizing force. They fear Tehran will now redouble what they see as efforts to dominate the region by supporting anti-Israel terror groups, Syrian President Bashar Assad and Shiite Houthi rebels battling a Saudi-led coalition in Yemen.

On the other hand, Iran’s hostility to the Islamic State group has since 2014 put it, in effect, on the same side as the U.S.-led coalition battling the group in Iraq, where Iranian-backed Shiite militias have proven to be effective ground forces against the Sunni terrorists. Improved relations between Washington and Tehran could allow for greater coordination. Iraq’s Shiite-led government has welcomed the nuclear deal, suggesting it could help resolve the region’s many conflicts.

Here is a look at Sunday’s reactions to the deal in the region:

Prime Minister Benjamin Netanyahu was an outspoken critic of the deal, making veiled threats to attack Iran and arguing against the agreement in a speech to Congress last year over White House objections. He says the deal will not curb Iran’s ultimate nuclear aspirations and does not impede Iran’s longstanding support for Israel’s worst enemies, like the Lebanese Hizbullah group — which is also involved in Syria on Assad’s side — and the Palestinian Hamas.

Netanyahu told his cabinet Sunday that Israel “will continue to monitor all of Iran’s international violations” and called for “aggressive sanctions against each violation.”

He said Israel remains committed to preventing Iran from making a nuclear weapon and that “what is clear is that Iran will now have more resources to divert to terrorism and its aggression in the region and around the world.”

A Saudi-led coalition is fighting Iranian-backed Shiite rebels in Yemen in a conflict that Gulf countries view as a proxy battle against Tehran. Officials in Bahrain, a Sunni-ruled but Shiite-majority country, have accused Iran of attempting to smuggle in weapons in recent months.

Saudi Arabia’s decision to execute a prominent Shiite cleric earlier this month has only exacerbated tensions, prompting protesters to attack the Saudi Embassy in Tehran and its consulate in Mashhad, leading Riyadh to cut diplomatic ties to Iran.

On Sunday, 140 Saudi clerics and preachers released a signed statement calling for confronting the “criminality and treachery of the Iranian Safawi regime,” a derogatory term referring to the 16th-century Persian dynasty that oversaw the expansion of Shiite Islam.

Iran is increasingly involved in the Syrian civil war, and Syrian rebels fear that once relieved of sanctions, Tehran will escalate its support for Assad and Hizbullah.

Syrian opposition leaders have voiced concerns that Iran will become more belligerent and aggressive, and Assad will be less inclined to compromise. Iran has spent billions of dollars to defend Assad in Syria for the past four years, bankrolling Shiite militias fanned out across the country alongside Syrian government forces.

“Today is a black day,” said Omar Mushaweh, a senior member of the Syrian Muslim Brotherhood group, who is based in Saudi Arabia. He said that by lifting the sanctions from Iran, America and Europe have effectively formalized Iran as “a regional cop.”

“Iran, even when it was encircled by the West, was occupying several countries. What should we expect now that sanctions have been lifted and Iran has been given a free hand?” he said.

In Lebanon, opponents of Hizbullah are similarly jittery, convinced the deal will further embolden the group, which already is a dominant force. Hizbullah officials have touted the deal as a victory for Iran and “the axis of resistance” which includes Assad.

Iraq’s Shiite-dominated government, which is close to Iran, welcomed the implementation of the nuclear deal as a “catalyst” to help solve disputes in the region.

Government spokesman Saad al-Hadithi said he hoped issues could be resolved “peacefully and through dialogue.”