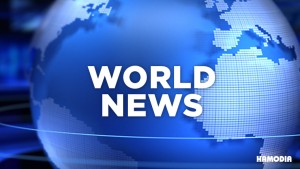 The U.S. Embassy confirmed Sunday that “several” Americans have gone missing in Iraq, after local media reported that three Americans had been kidnapped in the Iraqi capital.

U.S. Embassy spokesman Scott Bolz said, “We are working in full cooperation with Iraqi authorities to locate the missing Americans.”

Bolz did not identify the missing Americans or say what they were doing in Iraq.

State Department spokesman John Kirby said that “due to privacy considerations” he had nothing further to add about the missing Americans. “The safety and security of Americans abroad is our highest priority,” Kirby said.

The comments by U.S. officials came after the Arab news channel, al-Arabiya, citing its own sources, reported that three Americans had been kidnapped by militias in Baghdad.

There were no immediate claims of responsibility. Kidnappings in Iraq have been carried out by the Islamic State group and Shiite militias as well as criminal gangs demanding ransom payments or disgruntled employees seeking to resolve workplace disputes.