World FOCUS: Lifting Sanctions on Iran – How It Will Work
World 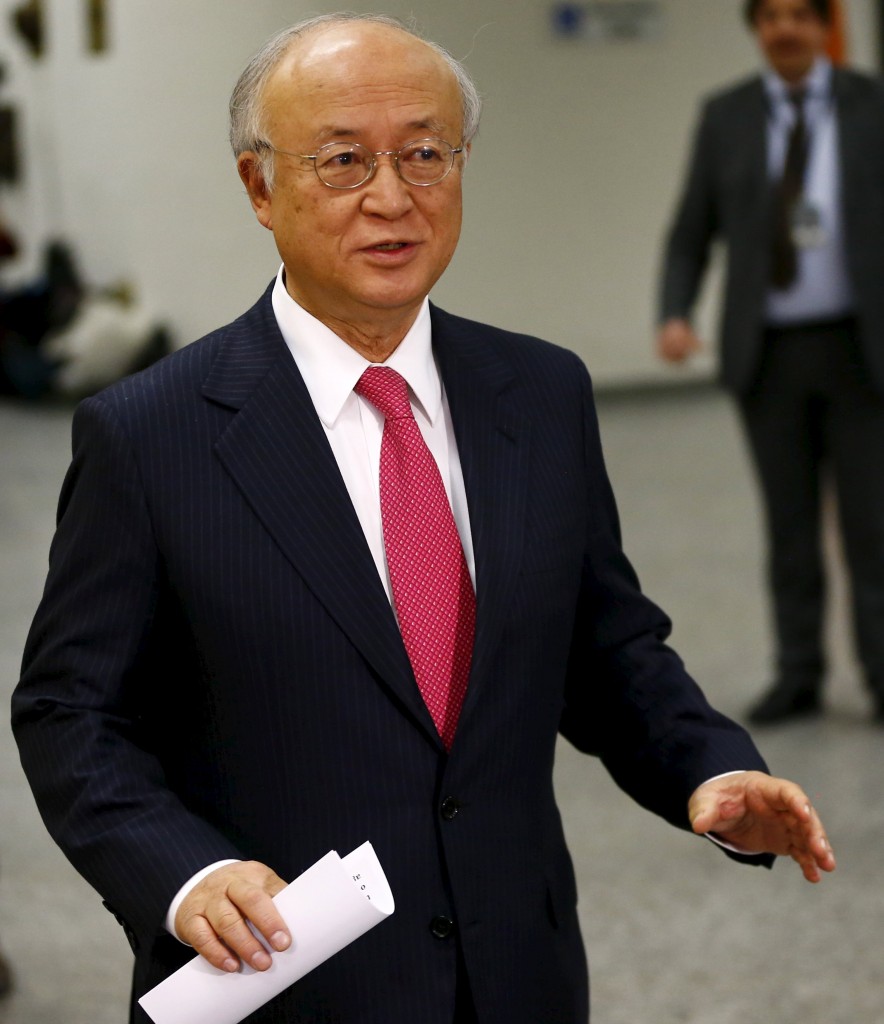 The United Nations’ nuclear watchdog confirmed on Saturday that Iran had curbed its nuclear program as agreed with world powers, paving the way for most international sanctions against Tehran to be lifted.

Following are details of what this means:

The July 14 nuclear deal aims, for the next decade, to extend the amount of time it would theoretically take Iran to produce enough fissile material for an atomic bomb – so-called breakout time – from several months to a minimum of one year.

Critics of the deal in the U.S. Congress and Israel worry that, once the main restrictions on Iran’s nuclear program expire in 10 to 15 years, Tehran will be in a position to quickly develop an atomic weapon, if it wishes. The Obama administration says the deal will ensure long-term scrutiny of Iran to deter it from developing a bomb.

Under the deal, Iran agreed to reduce the number of its centrifuges by two-thirds. It will be permitted to operate up to 5,060 first-generation centrifuges for 10 years at its Natanz plant. It will cap its level of uranium enrichment at 3.67 percent, well below the 90 percent level needed for bomb-grade material.

Iran will keep 1,044 first-generation centrifuges at its underground Fordow enrichment plant, which will be converted into a nuclear, physics and technology center. Before the deal, Iran had 20,000 centrifuges installed at Natanz and Fordow.

The deal says Iran can continue to conduct enrichment research and development without accumulating enriched uranium, including work with certain types of advanced centrifuges.

Heavy water reactors, such as the one Iran had started building at Arak, can produce weapons-grade quantities of plutonium. Under the deal, Iran agreed to convert the Arak reactor so that such a “plutonium pathway” to a nuclear bomb is ruled out. The core of the Arak reactor has been removed and has been filled with concrete, Washington said on Thursday, so it will cease to be operational. The original core is expected to remain in Iran.

On Dec. 28, the United States said a ship carrying more than 11,000 kg of low-enriched uranium materials had left Iran for Russia.

Iran helped the IAEA complete an investigation into what Western powers said was past nuclear weapons research, based on an IAEA report strongly suggesting that Tehran had a nuclear weapons program for years.

Last month, having received the extra information, which was not made public, the IAEA’s board of governors ended the agency’s inquiry into the so-called “possible military dimensions” of Iran’s nuclear program.

All U.N. sanctions resolutions passed between 2006 and 2010 are terminated. However, a new resolution adopted on July 20 carries over some U.N. restrictions.

Iran will be “called upon” to refrain from work on ballistic missiles designed to deliver nuclear weapons for up to eight years, language that critics of the deal say does not make it obligatory. A U.N. embargo barring Iran from selling weapons will remain in place for up to five years.

The new resolution allows for the supply of ballistic missile technology and heavy weapons such as tanks and attack helicopters to Iran with Security Council approval, but the United States has pledged to veto any such requests and to continue to act as if Iran’s ballistic missile program were banned.

U.N. restrictions on the transfer to Iran of nuclear technology for peaceful purposes will remain in place for a decade.

A committee of the parties that negotiated the deal – known as the “Joint Commission” – will handle disputes over possible violations of the agreement. If the complaining state is not satisfied with how the commission addresses its concerns, it can then take its grievance to the U.N. Security Council.

With IAEA confirmation that Iran has met its obligations under the deal, the EU said it was immediately taking the formal steps to lift all its nuclear-related economic and financial sanctions, including those applying to the following: financial transfers; banking; insurance and reinsurance; the SWIFT system; trade financing; oil, gas, petroleum and petrochemical products and related technology; naval equipment and technology; design and construction of cargo vessels and oil tankers; access to EU airports; trade in gold, diamonds and precious metals; and other areas.

Under the agreement, the United States is suspending nuclear-related sanctions against Iran.

In practice, this means lifting the restrictions that now prevent non-U.S. companies, entities and individuals from engaging in a wide array of transactions with Iran, on pain of sanctions against their activities in the United States. For the most part, restrictions on U.S. actors will remain in place.

The most dramatic U.S. sanctions to be eased will be those that had prevented non-U.S. actors buying oil from Iran, except in very limited circumstances, or investing in its petroleum sector.

Most U.S. sanctions involving U.S. actors remain in place. So, while non-U.S. banks may trade with Iran without fear of punishment in the United States, U.S. banks may not do so, directly or indirectly. However, the U.S. Treasury Department said foreign subsidiaries of American companies would now be allowed to do business with Iran.

The U.S. government has also committed to allow companies, including U.S. actors, to seek licenses to sell commercial aircraft and spare parts to Iran and to license imports of Iranian carpets, caviar, pistachios and other foodstuffs into the United States.

The so-called snapback mechanism is designed to allay fears that Iran might fail to keep its promises once sanctions are lifted. Under snapback, punitive sanctions are automatically reintroduced if Iran fails to comply with the deal.

A July 20 Security Council resolution allows all U.N. sanctions to be re-imposed if Iran breaches the deal in the next 10 years. If the council receives a complaint of a breach, it will then need to a resolution within 30 days if it wishes to extend sanctions relief.

If the council fails to pass such a resolution, the sanctions will be automatically re-imposed. This procedure prevents any of the veto powers that negotiated the accord blocking a re-imposition of sanctions.