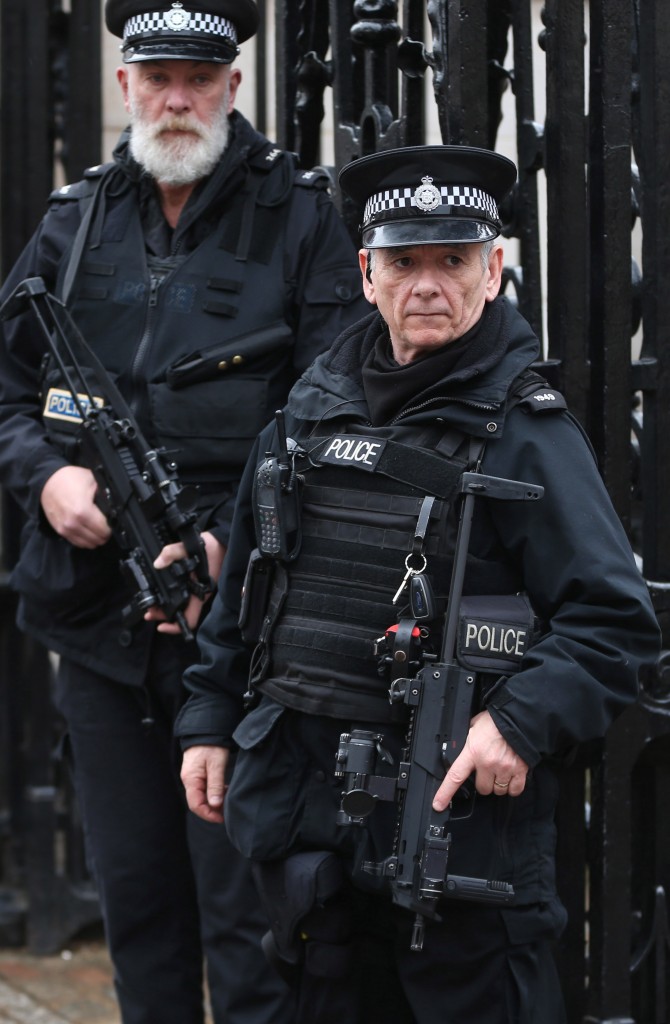 London police said on Thursday they will increase the number of officers carrying firearms in the largely unarmed force by around a quarter to 2,800 in the wake of the Paris terror attacks.

Common in European countries, armed police are generally a rare sight in Britain, although they have become more common in recent years due to fears of an attack.

Just over 90 percent of London officers will remain unarmed, according to the Metropolitan police, but the number of officers carrying firearms will increase by 600.

The force will also more than double the number of armed response vehicles in the wake of November’s attacks in which Islamic State terrorists killed 130 people in the French capital.

“In the days following Paris I asked my firearms team to increase the number of armed response vehicles available on our streets, which we did,” Metropolitan Police Commissioner Bernard Hogan-Howe said on Thursday.

“Now I have decided that we [will] take the steps to increase these numbers on a permanent basis.”

Faced with critics who have said the force has neither the number of armed officers nor adequate weaponry to deal with a Paris-style assault, London’s police said in December they could handle such an attack.

The country’s terrorism threat level has been at the second-highest category of “severe” since August 2014, meaning an attack is considered highly likely.