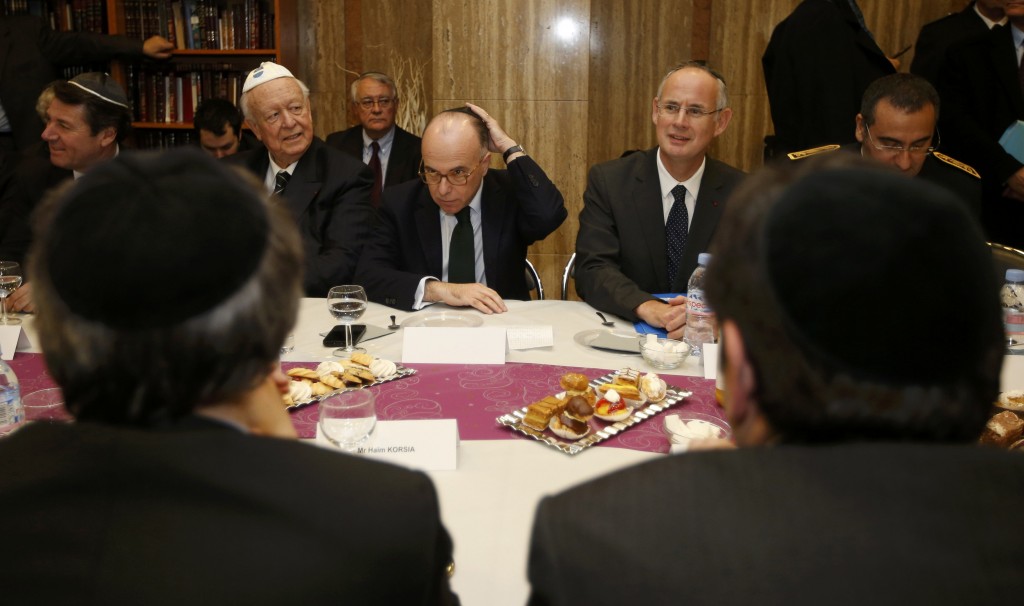 French Interior Minister Bernard Cazeneuve visited the Great Synagogue in Marseilles, on Thursday afternoon, and met with Binyamin Amsallem, the Jewish teacher who was the victim of an anti-Semitic stabbing attack on Monday.

Zvi Ammar, president of the Consistoire Israelite de Marseille, the local religious council, whose comments following the attack caused controversy across the Jewish world, said Thursday afternoon, “This business of the kippah has gone too far. It has surpassed anything that I could have imagined. Ten grams of fabric shouldn’t pose such a problem!”

The Minister and other politicians were all wearing kippos for their visit to the shul.