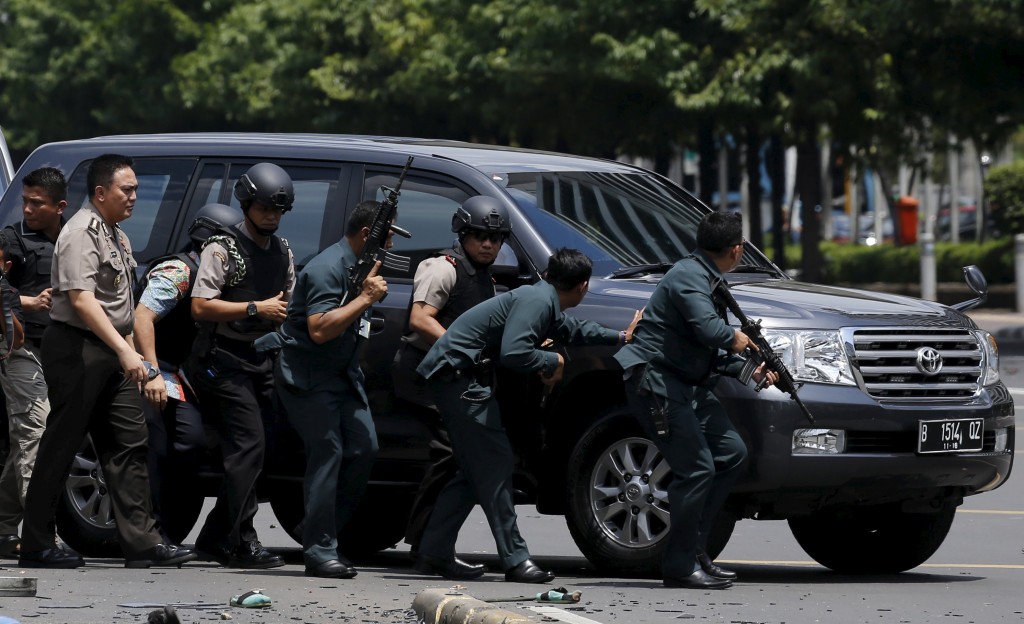 The deadly attacks Thursday in the Indonesian capital, Jakarta, were not a complete surprise to Indonesian authorities, who warned last month of a credible threat.

The government had deployed 150,000 security personnel to safeguard religious sites, airports and other public places across the predominantly Muslim nation, and made a series of preemptive arrests. A series of arrests accompanied the warnings, as Indonesian police said they foiled a plot by suspected Muslim terrorists to kill government officials, law enforcement officers and others.

It’s unclear whether Thursday’s attacks are related to the earlier reported threat. No one has claimed responsibility.

Authorities have been keenly aware of the danger of terrorism since bombings in 2002 on the resort island of Bali killed more than 200 people, over half of them foreign tourists.

Islamist radicals have been blamed for a number of attacks around the country since the Bali bombings, which were attributed to Jemaah Islamiyah, an al-Qaida-linked Southeast Asian group. However, Jakarta had not been targeted since the bombings in 2009 of two American-managed hotels that killed at least eight people.

The recent growth of the Islamic State group, and fears that Indonesians who joined the groups fighting in Syria could bring their struggle home, have sharpened concerns about security.

Luhut Pandjaitan, a Cabinet minister in charge of security and political affairs, said in December that the government had received serious intelligence about the possibility of attacks during the end of December. National police chief Gen. Badrodin Haiti sounded a similar warning.

Anti-terror police had arrested nine men in five cities on Indonesia’s main island of Java, and Badrodin said intelligence gleaned from the suspects and evidence seized from their hideouts revealed an elaborate plot to kill police, government officials, Shi’ite followers and others considered to be enemies of their faith. The vast majority of Indonesia’s more than 200 million Muslims follow the Sunni brand of Islam.

National police spokesman Maj. Gen. Anton Charliyan said the group collaborated with Indonesian terrorists who had fought for IS in Syria. “They want to perform a ‘concert’ to attract international news coverage of their existence here,” he said, explaining that references in a document seized in the raids used the term “concert” to refer to planned attacks.

Anton said police have identified about 240 people who have returned home out of at least 800 Indonesians who have traveled to the Middle East to join Islamic State.

At the same time, about 1,300 security personnel are hunting for Santoso, the leader of a terror group known as the East Indonesia Mujahidin. He has taken responsibility for the killing of several police officers and has pledged allegiance to the Islamic State group in Syria and Iraq, Cabinet Minister Luhut said.

Santoso also faces charges of running a terrorist training camp in Poso, a flashpoint of terrorism in Central Sulawesi where a Muslim-Christian conflict killed at least 1,000 people from 1998 to 2002.