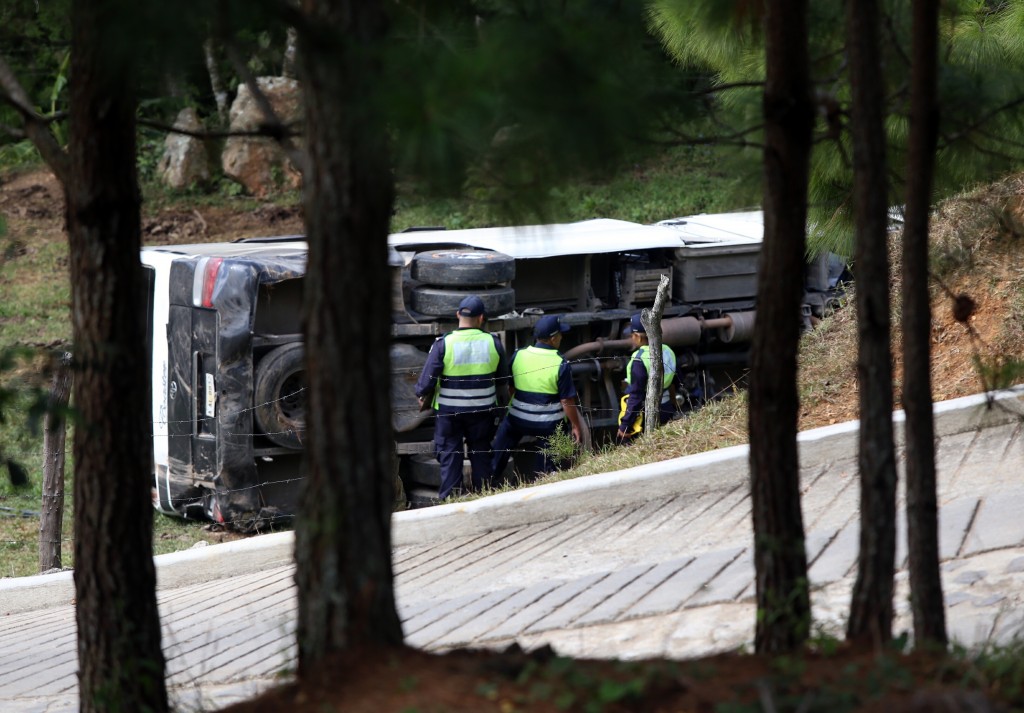 Two New York college students and a U.S. health-care worker died Wednesday in Honduras when their bus crashed while taking them to the airport to fly home after a volunteer mission helping poor Hondurans.

The women were identified as Daniella Moffson, a”h, a 21-year-old Orthodox Jewish woman from the Upper East Side of Manhattan, Olivia Varley Erhardt, 20, and Abigail Flanagan, 45.

U.S.-based Global Brigades, which organizes international health and development missions, posted a notice on its site saying the accident involved a bus transporting “Columbia University students and other volunteers,” and that those killed were two students and a health-care professional.

Columbia later issued a statement saying the vehicle was also carrying students from Barnard College, a women’s liberal arts institution that is affiliated with the university and is located just steps away from its campus in upper Manhattan.

“Our heartfelt sympathy goes out to all those affected by this tragedy,” said the Global Brigades statement, attributed to cofounder Steven Atamian. Phone messages left at the organization’s headquarters in Seattle were not immediately returned.

The crash took place on a highway east of the Honduran capital, Tegucigalpa. Officials reported that the bus was traveling from the town of San Juancito when it veered off a road and fell at least 260 feet (80 meters) into a ravine.

Firefighters’ spokesman Capt. Gustavo Barahona said the crash was believed to be the result of mechanical failure. He added that at the time of the accident, they were on their way to the airport to return to the United States after carrying out a health mission for poor residents of San Juancito and Valle de Angeles.

Alvarado said forensic workers were preparing the bodies to be returned to the United States. Due to intervention of Shomrim and local Rabbanim, the coroner did not perform an autopsy on the body of Moffson, and they also ensured that her body would be quickly sent to New York for burial.

The U.S. Embassy in Honduras said in a statement it was in close contact with local authorities and working to provide consular assistance to any who need it.