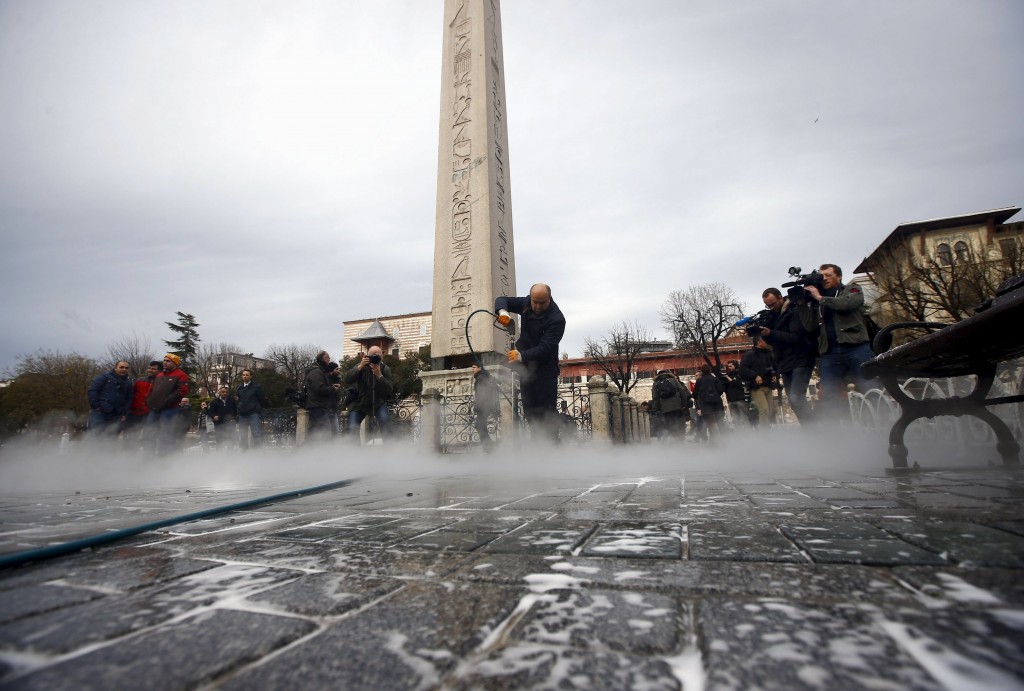 A suicide bomber thought to have crossed recently from Syria killed nine German tourists and one Peruvian tourist on Tuesday in Istanbul’s historic Sultanahmet Square, a major tourist draw, in an attack Turkey blamed on Islamic State. Fifteen people were also hurt in the attack.

Police also seized documents and CDs during a search of the premises where the suspects were staying, Turkey’s Dogan News Agency said. It was not immediately clear when the detentions occurred.

There was no immediate claim of responsibility for the Istanbul blast, but Islamist, leftist and Kurdish terrorists, who are battling Ankara in southeast Turkey, have all carried out attacks in the past.

Prime Minister Ahmet Davutoglu said he spoke with German Chancellor Angela Merkel to offer condolences and vowed Turkey’s fight against Islamic State, at home and as part of the U.S.-led coalition, would continue.

Turkey has become a target for Islamic State, with two bombings last year blamed on the radical Sunni Muslim group, in the town of Suruc near the Syrian border and in the capital Ankara, the latter killing more than 100 people.