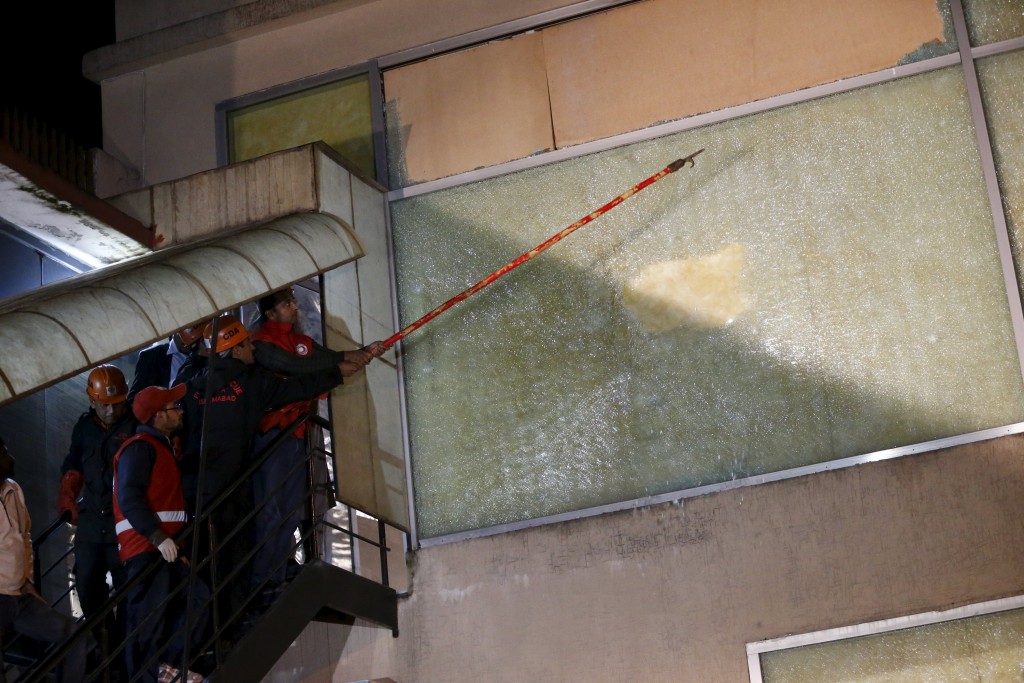 Terrorists on a motorcycle lobbed grenades and opened fire at a Pakistani media station on Wednesday, wounding one person, the station said.

The terrorists at ARY News’ Islamabad office dropped pamphlets linked to the Islamic State’s self-declared province of Khorasan in Afghanistan and Pakistan, ARY reported on its site.

Security guards chased away the drive-by terrorists, it said, and an editor hit by shrapnel in the head was hospitalized.

The pamphlets left behind said the Islamic State claimed responsibility for attacking media which are “siding with the apostate army and government of Pakistan in their global crusade against Islam.”

Pakistan’s army is fighting a military campaign against the Taliban and other terrorists in the country’s northwest near the Afghan border.

In the past year, several commanders of the Afghan and Pakistani Taliban have sworn allegiance to Islamic State, though the extent of direct links with the Middle East-based terrorists’ leadership is unclear.