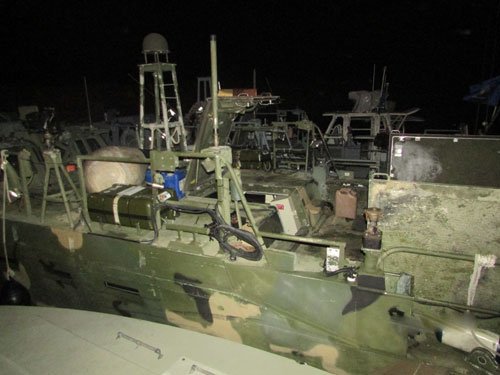 The ten U.S. Navy sailors detained by Tehran after their two boats drifted into Iranian waters were released Wednesday as Gen. Ali Fadavi, Navy Chief of Iran’s Revolutionary Guard had promised earlier in the day via Iran’s state media.

“Investigation shows that the entry of American sailors into Iran’s territorial waters was due to mechanical problems in their navigation system and that issue is being resolved,” Fadavi reported.

The nine men and one woman were being held at an Iranian base on Farsi Island in the Persian Gulf after being detained nearby on Tuesday. The tiny outpost has been used as a base for Revolutionary Guard speedboats as far back as the 1980s.

Confirming the sailors’ safe release, the Pentagon said there were no indications they were harmed while in Iranian custody.

A carefully worded statement did not explain how the sailors and their two riverine command boats ended up being detained by Iran, saying only that “the Navy will investigate the circumstances that led to the sailors’ presence in Iran.”

Defense Secretary Ash Carter said he was pleased the sailors had been freed and appreciated “the timely way in which this situation was resolved.”

He added: “I want to personally thank Secretary of State John Kerry for his diplomatic engagement with Iran to secure our sailors’ swift return.”

Biden made the comments Wednesday in an interview with CBS.

The vice president said: “There’s nothing to apologize for. When you have a problem with the boat you apologize the boat had a problem? No, and there was no looking for any apology. This was just standard nautical practice.”

Biden said that the Iranians realized the U.S. sailors “were there in distress and said they would release them and released them like ordinary nations would do.”