Community Cuomo Gets Behind Tuition Aid, Inserting in Budget for 1st Time
Community 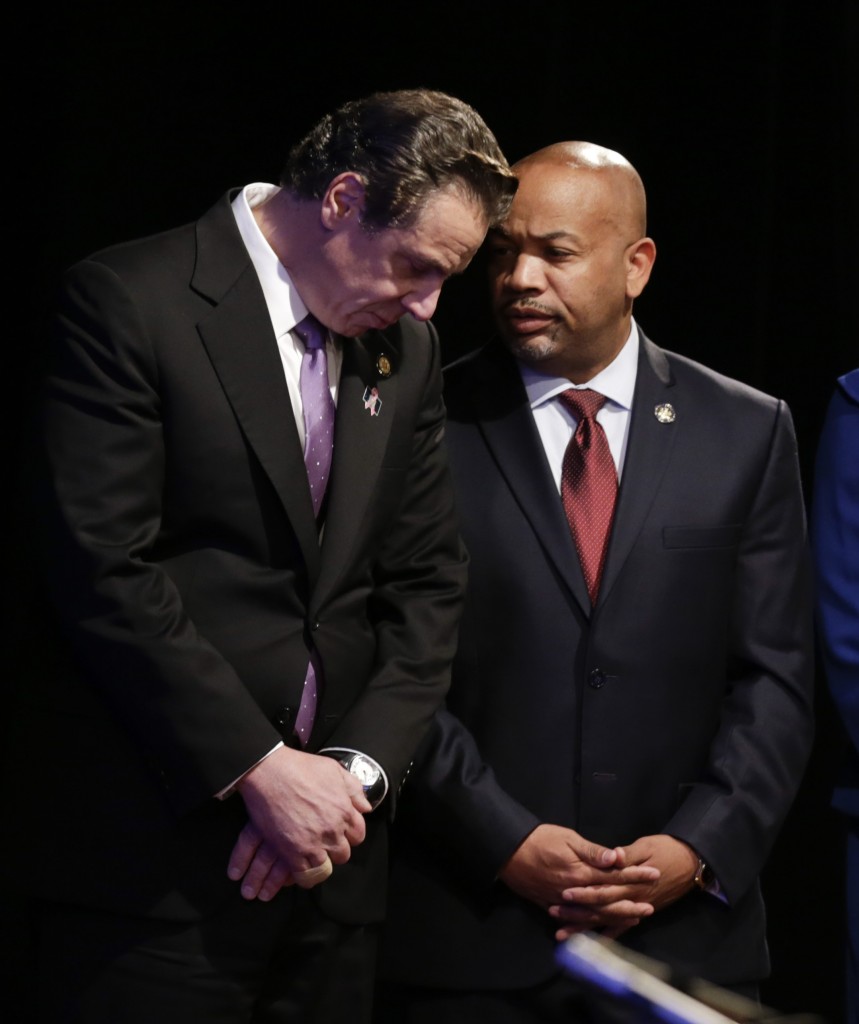 In a budget that would fund New York schools by an unprecedented $25 billion — or the value of nearly 13 Powerball winnings — Gov. Andrew Cuomo proposed taking a slender slice of it to help private school tuition payers with money back for each child and a tax credit for scholarship donors.

The measure has been proposed — and rejected — for the past four years. But this year the governor got behind it early, inserting it directly into his budget blueprint for the first time. He did not mention the potentially historic tuition aid in his State of the State address Wednesday, but released it later in the afternoon in his 2017 budget book.

Another first: He did not link its passage to Democratic priorities such as allowing cheaper tuition rates for illegal immigrants or a minimum wage. Groups such as Agudath Israel of America and the Catholic Conference had called on him to support an unattached tuition aid bill.

The groups thanked the governor for including it — though with less enthusiasm than when he came on board late in the session last year, when Agudah termed it a “watershed moment.”

In a statement released Wednesday, Agudah called it “a powerful affirmation of the governor’s firm commitment to the principle of parental choice in education.”

Rabbi Shmuel Lefkowitz, Agudah’s vice president for community affairs, and Leon Goldenberg, a member of Agudah’s board of trustees, were both in attendance at the State of the State address. They said the education tax credits would be the “top legislative priority for the Orthodox Jewish community” before the budget passes, at the end of March.

The bulk of the so-called Parental Choice in Education Act, worth $70 million, is a tax credit similar to the earned income tax credit. This gives $500 to low-income parents per child for whom they pay tuition. This goes directly to the tuition payers, with no medium of a scholarship fund or the school. The parents get the money even if they earn too little to pay taxes.

For example, a family of five children will get back $2,500 of their tuition payment when they file taxes, even if their tax refund is greater than the tax bill.

Cuomo’s bill is more favored since the main portion of it would go directly to parents. They are eligible for $500 cash back per child as long as they pay private school tuition bills and earn less than $60,000 a year.

“While the governor’s proposal differs in detail from the Senate’s bill,” Agudah said in the statement, “it is the hope of tax credit advocates that the Assembly will also embrace the concept, and that meaningful legislation will ultimately emerge from the process.”

Democrats in the Assembly last year opposed both portions of the bill, but particularly the tax credit, which they derided as a giveaway to the wealthy. Despite an intense lobbying campaign last year, the Assembly defeated the measure.

State Sen. Simcha Felder, the sponsor of the Senate bill, did not comment on Cuomo’s new bill.

Cuomo also included two other Agudah priorities, as outlined in a letter from Rabbi Chaim Dovid Zwiebel, the executive vice president, to the governor last week.

Cuomo appropriated $174 million in both CAP (which reimburse private schools for taking attendance) and mandated services (which pays for ensuring students are immunized and similar state mandates), representing an increase of $2.6 million over last year’s amount.

“Kudos to the governor for his vision, his persistence, and his political courage,” Rabbi Zwiebel said.