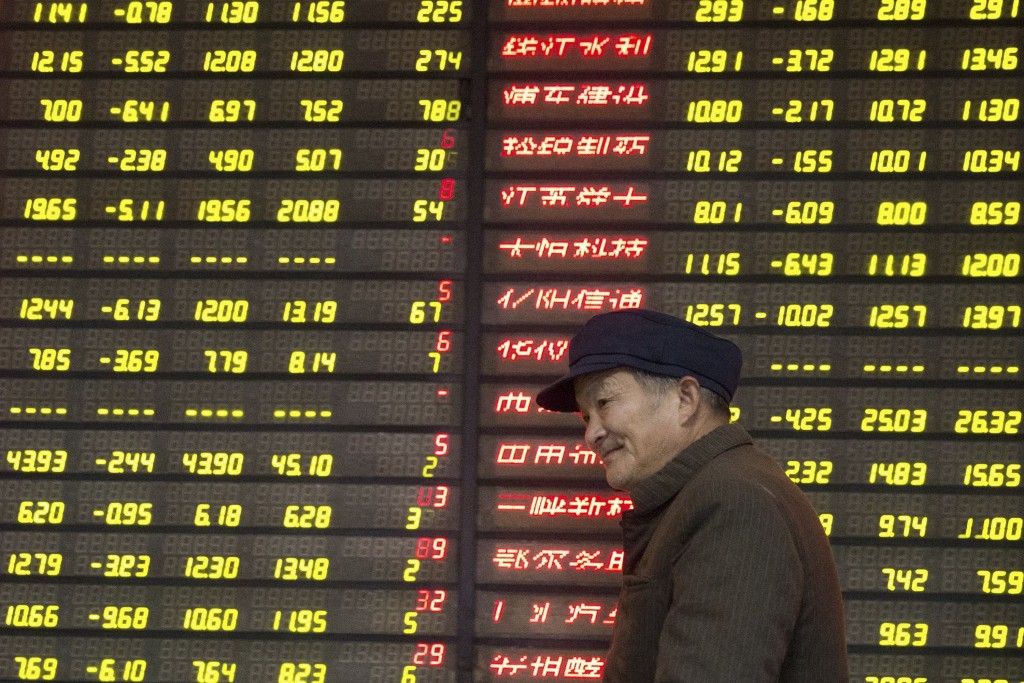 A 4-percent fall in imports was also much smaller than many had feared, but the reaction was not uniformly positive.

Prices for copper – of which China is the world’s biggest consumer – rose, but iron ore prices fell and Shanghai shares themselves fell by about 2 percent.

Traders said the mood on many markets was still shaky after an extremely volatile start to 2016, driven by worries over conflict in the Middle East, China’s finances and the fallout from low oil prices.

“I am generally positive on the global outlook but the basis for that is being sorely tested right now,” one London-based investment manager said. “Sentiment is very fragile.”

All of Europe’s major markets gained more than 1 percent while Asian markets saw their first solid rally of the year, suggesting that some believe Beijing has done enough to gain control of the yuan for now.

Overnight interest rates in Hong Kong, jacked up to 94 percent on Tuesday, were back near 8 percent.

More stability in China would also leave the way clearer for the U.S. Federal Reserve to raise interest rates this year, and the brighter tone drove the dollar about half a percent higher to 118.28 yen and up a third of a cent against the euro.

“The yuan is no longer moving lower, but each and every piece of data from China will be looked at with much attention,” BNP Paribas Fortis Global Markets’ head of research, Philippe Gijsels, said.

“Going forward, the market will focus on the earnings season that is unfolding. European earnings momentum should be reasonably strong and be supportive for the market.”

Investors also pulled cash out of European bond markets in favor of stocks, and the latest round of some 35 billion euros of government debt set to be sold in the euro zone this week also pushed up bond yields.

Germany and Belgium are set to sell 10-year bonds on Wednesday.

Benchmark Brent was similarly higher at $31.57 a barrel. U.S. crude had fallen 17 percent in just seven sessions, a gift to consumers across the globe but also a strong force for disinflation.