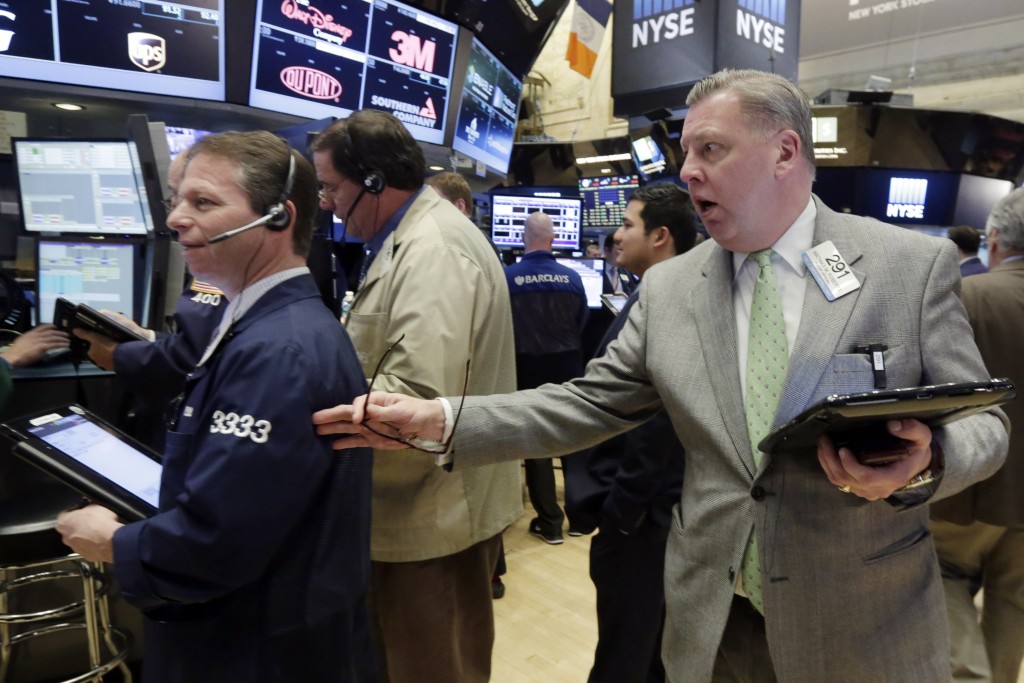 U.S. stocks were mostly higher in midday trading Tuesday, with health-care and technology companies among the biggest gainers. Another slide in crude-oil prices pulled down energy stocks. Investors also had their eye on corporate earnings, which are just starting to trickle out.

KEEPING SCORE: The Dow Jones Industrial Average lost one point to 16,397 as of 12:20 p.m. Eastern Time. The Standard & Poor’s 500 index rose one point to 1,924. The Nasdaq composite climbed 16 points, or 0.4 percent, to 4,654. The Nasdaq, which is heavily weighted with technology stocks, has fallen for the past eight trading days.

ROUGH START: Deepening fears about a protracted slowdown in China’s economy coupled with worries about Beijing’s ability to manage its financial markets have kept investors on edge after sharp losses last week. A steep downturn in crude-oil prices has also weighed on the market. The three major U.S. stock indexes are all down for the year, with the Dow and S&P 500 index off about 5 percent, while the Nasdaq is down 6 percent.

SECTOR VIEW: Six of the 10 sectors in the S&P 500 index moved lower, with energy stocks down the most. Health-care stocks notched the biggest gain.

YUAN MOVES: China’s tightly controlled onshore currency, which was the source of last week’s market turmoil after authorities guided it sharply lower, was little-changed. However, interbank rates spiked for the offshore yuan, which is freely traded in Hong Kong, leading many to believe China’s central bank is intervening in the market in order to foil speculators trying to drive it lower.