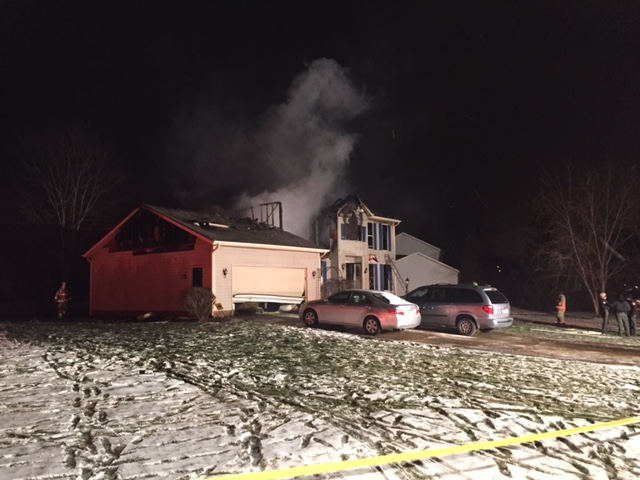 A couple and their two children were killed in a house explosion that shook a northeast Ohio neighborhood, fire officials said. The blast and subsequent fire happened Monday night in Northfield Center Township in Summit County.

Firefighters arrived on the scene and saw flames shooting from the house.

Fire Chief Frank Risko said the bodies of a mother and her two daughters, 8 and 12, were found on the first floor near the front of the home. The father was found near the back of the house. Authorities did not immediately identify the victims.

Neighbors reported hearing the blast around 8:30 p.m. Randy Nickschinski lives two doors down. He told Cleveland.com that he and his son, Nate, rushed to the house and kicked in the front door. The family’s dog quickly escaped. Then he, his son and another neighbor went inside and yelled for the family, but no one answered.

“There was a lot of fire, a lot of debris,” Nickschinski said. “We were yelling and nothing. We were just looking everywhere.”

Nickschinski’s daughter, Danielle, told the site that she had done babysitting for the family’s two young girls.

“They were very outgoing and nice,” she said. “They always wanted to play.”

The cause of the explosion remained under investigation.