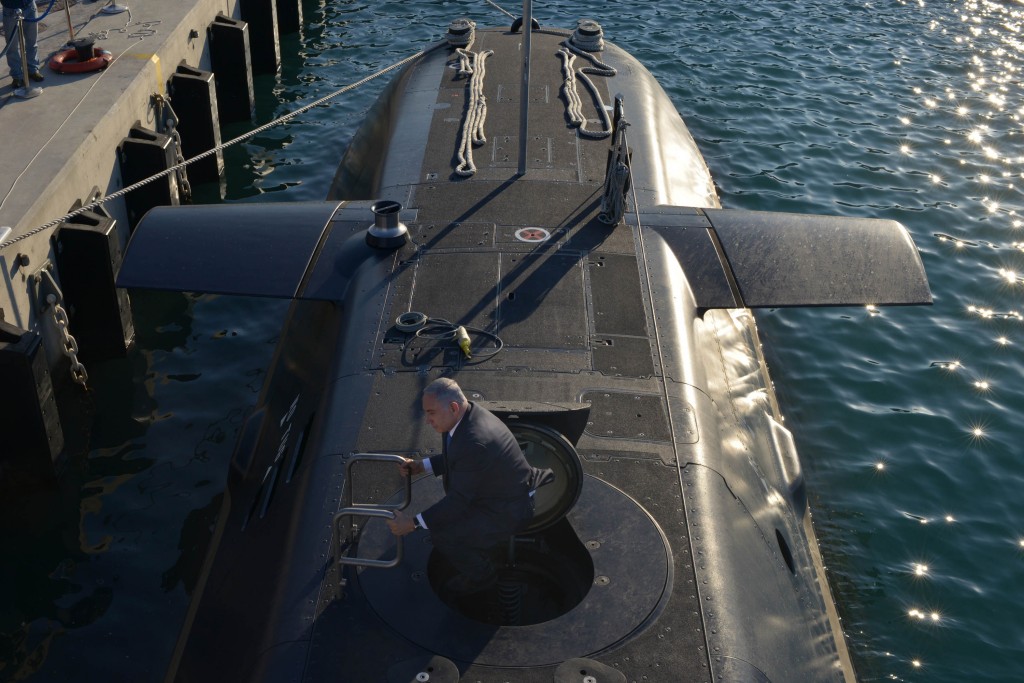 This week Israel welcomed its fifth submarine – its most advanced and expensive one to date. The nuclear-powered INS Rahav is a Dolphin 2-class submarine. The submarine, built in Germany for Israel, arrived at Haifa Port Tuesday afternoon.

Dolphin submarines are considered among the most advanced in the world in terms of offensive capabilities, according to sources in the foreign media.  They would be able to carry nuclear-tipped cruise missiles as part of an Israeli retaliation operation, if an enemy managed to attack first, chas v’shalom.

At a ceremony on Tuesday, in which the submarine officially entered Israeli waters, Prime Minister Binyamin Netanyahu said that the new submarine will be part of a growing fleet “that will act as a deterrent to our enemies who want to destroy us. They will not achieve their aim. They need to know that Israel is capable of striking in very great strength at all those who would harm it. And the citizens of Israel need to know that Israel is a very strong country.

“Israel’s naval arm will continue to extend its reach, and add striking power, to distant and global quarters. Navy personnel, including the submarine crews, carry out many daring operations far from home port and – to a similar degree – far from view,” Netanyahu said. “Our naval arm, including the submarines, is an essential defensive force in the stormy reality of the Middle East. Rogue waves continue to inundate the region and dangerous whirlpools surround it on every side.

“We must have a clear view of what is happening around us,” the Prime Minister continued. “Our goals are clear: Maintain our security, ensure our sovereignty, and advance the development and prosperity of our country.”