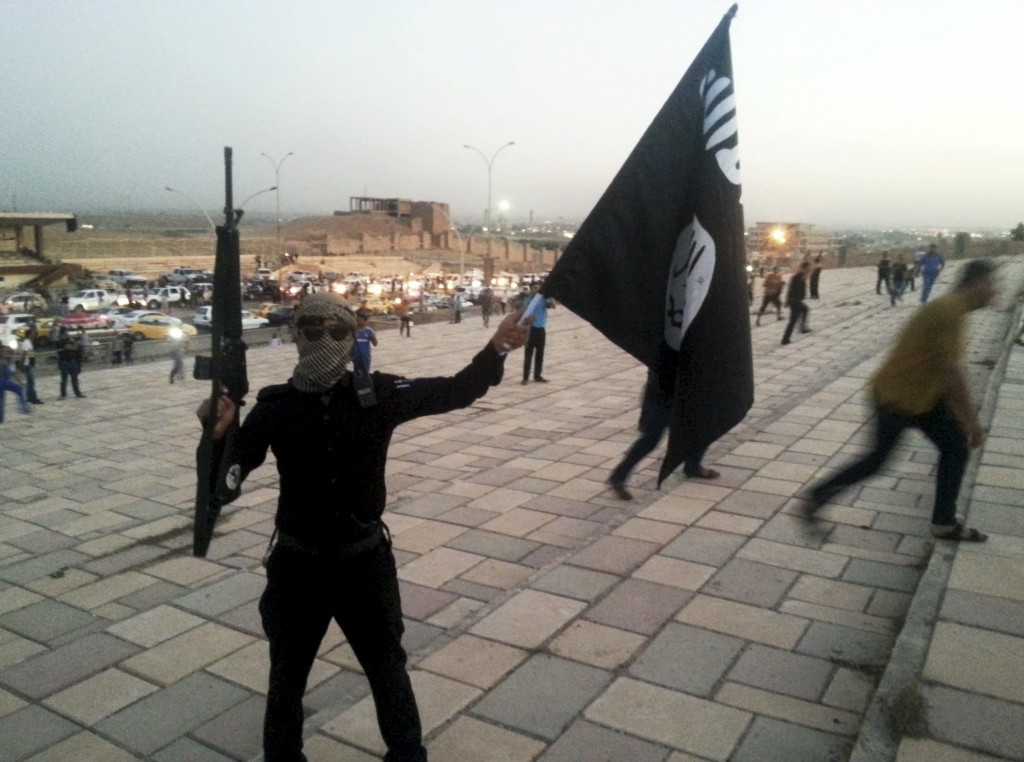 Islamic State published a video on Monday purporting to show the destruction from an airstrike on a bank in its northern Iraqi stronghold which the U.S.-led coalition said had been aimed at disrupting the group’s financing activities.

Reuters could not verify the authenticity of the footage posted by a news agency that supports the terrorist group, but two Mosul residents contacted by Reuters did confirm the location of al-Zuhour bank in an eastern district of the city.

In the video, papers and burnt furniture are shown littering the pavement. Debris hangs from dust-covered tree limbs, and rescuers pull an old man’s bloodied body from the remains. There is also steel rubble from several other buildings that appear to have been destroyed in the bombing. Footage from inside a damaged apartment building suggested civilian areas had also been hit.

A military spokesman said earlier on Monday that a U.S. aircraft had bombed an Islamic State cash distribution site which was dispensing money to fund terrorist activities.

CNN, citing unnamed U.S. defense officials, said the building was destroyed by two 2,000-pound bombs. The officials could not say exactly how much money was there or in what currency, but one described it as “millions,” CNN reported.

Islamic State, which split off from al-Qaida in 2013, has also financed its operations through oil smuggling, racketeering, kidnapping, and taxing the millions of people living in areas it controls in Syria and Iraq.

Targeting Islamic State’s finances is a key part of the coalition’s strategy for defeating the group. Last year Iraq’s finance minister said the terrorists had looted nearly half a billion dollars from banks in Mosul and the other northern cities of Tikrit and Baiji in 2014.