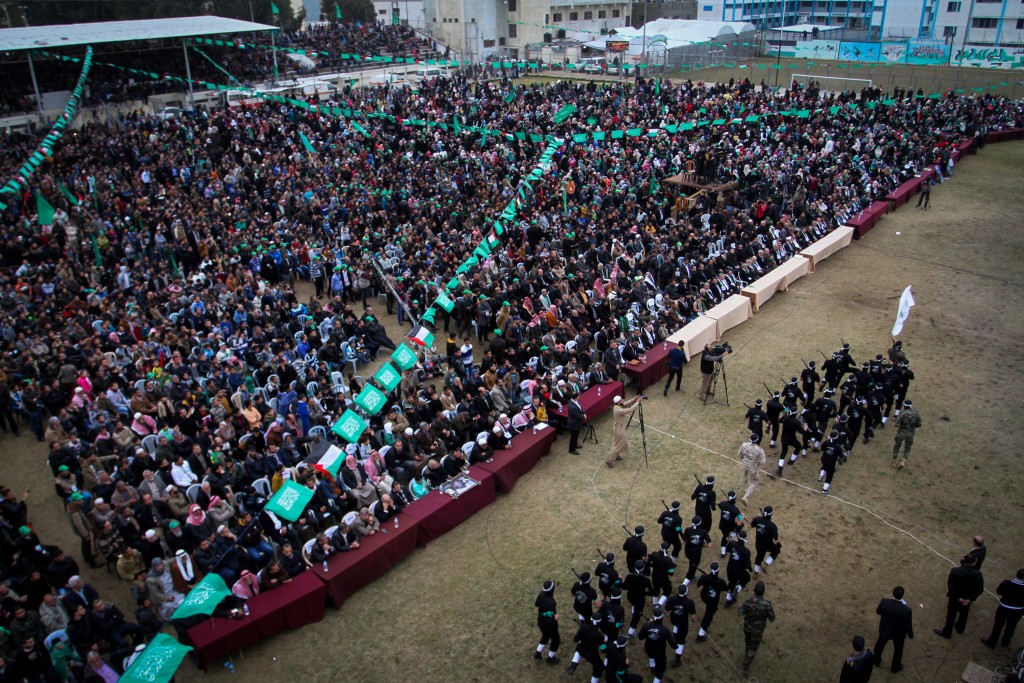 Palestinian journalist Ayman al-Aloul frequently writes about the hardships of life in the Gaza Strip, and is one of the few voices willing to publicly criticize the rule of the Hamas terrorist organization.

But after nine days in jail, al-Aloul says he won’t be writing about politics anymore. He said a painful experience that included beatings and being forced to sit uncomfortably in a tiny chair has made him a “new man” and that he will now focus on less controversial topics like sports, food, literature and fashion.

“I’ve decided not to talk about the general situation anymore,” al-Aloul said in an interview at his home Tuesday, a day after he was released. “The experience I went through was very difficult.”

Al-Aloul’s experience is part of a crackdown by Hamas at a time when the continuing miseries of life in Gaza appear to be driving its population toward more open dissent. Critics have grown bolder on social media sites, and attempts by Hamas to impose new taxes have triggered rare public protests.

Al-Aloul said his new reticence would not affect his work as a reporter for an Iraqi news outlet, which he described as straight news reporting and not “opinion-making.”

It was his personal social media activity that drew attention. In recent months, he wrote urging Hamas to withdraw from the Rafah crossing point between Gaza and Egypt. Like many Palestinians, he believes that Egypt has shuttered Rafah because it doesn’t want to deal with Hamas, and proposes letting the Western-backed Palestinian Authority manage the crossing.

On Jan. 3, Hamas forces arrested him and another outspoken critic, Ramzi Herzallah, in their homes in Gaza City. During his detention, al-Aloul said he was repeatedly slapped on the face by his interrogators and twice sent to a room known euphemistically as “the bus.” He described it as a room equipped with children’s chairs, where detainees are blindfolded and forced to sit for an entire day.

“They think that my reports harm the Gaza government,” he said. “They considered criticizing the government to be criticism of ‘the resistance’ and they accused me of harming the revolutionary unity,” al-Aloul said.

While Hamas seems still firmly in power, it has raised taxes recently to shore up shaky finances that have left it unable to pay its 40,000 employees. This has pushed up the price of cigarettes by about 10 percent, and brought a $1,000 annual licensing fee upon cafes, restaurants and hotels.

Last month, fruit and vegetable importers briefly suspended deliveries. Last week, dozens of residents of the Jabaliya refugee camp took to the streets to protest a lengthy power cut. And on Tuesday, dozens of merchants closed their shops and held a rare public demonstration in the Nusseirat refugee camp to protest a new 16 percent sales tax.

“We tell the government and decision makers … Feel the people who hardly live,” said clothing store owner Mohammed Jahjouh, who predicts the protests will grow.

A poll published last month found that 41 percent of Gazans want to emigrate, compared to 24 percent of Palestinians in Yehudha and Shomron. The survey, conducted by the Palestinian Center for Policy and Survey Research, questioned 1,270 people and had a margin of error of 3 percentage points.

Hamas officials brush off the criticism and accuse Israel, Egypt and the Palestinian Authority of conspiring to punish it.