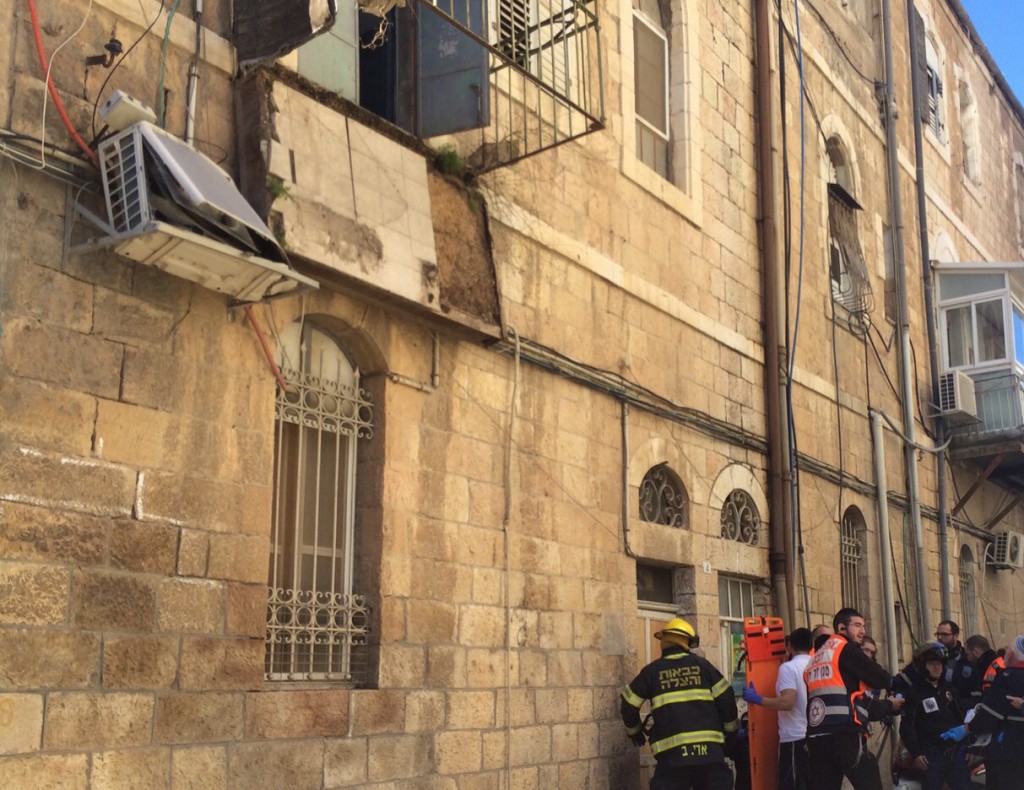 Early Tuesday afternoon, fire department and Hatzolah units responded to a balcony collapse in the center of Yerushalayim, near the Waldorf Astoria Hotel. The accident could have been worse, it was b’chasdei Shamayim, the cause of only two injuries.

The collapse occurred on Agron Street. The floor of an old balcony in a building collapsed and two civilians fell to the ground from the height of about five meters. Initial investigation of the accident showed that the balcony was old and its connections to the building were rusty.

Magen David Adom reported that a 27-year-old woman is in moderate condition, while her father, in his 70’s, is in light condition. They were both taken to the hospital for further care. There were no other persons trapped in the collapse.