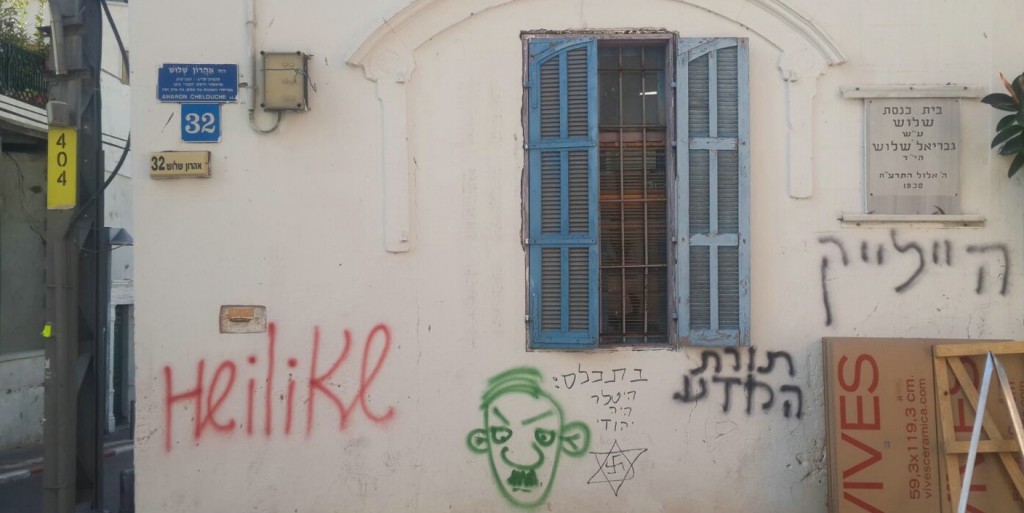 Police have opened an investigation into an incident in which anti-Semitic graffiti were scrawled on the walls of a shul in Tel Aviv. The graffiti appear to include an image of Hitler. Other scrawlings included epithets in English and Hebrew. Among the phrases: “Hitler was Jewish.”

The shul is located on Aharon Chelouche Street in the Neve Tzedek neighborhood in the southern part of the city. Once a run-down industrial neighborhood, Neve Tzedek has gentrified over the past decade, and has become one of the most desirable sections of the city.

Police promised a “thorough investigation to track down the perpetrators of this heinous act.”