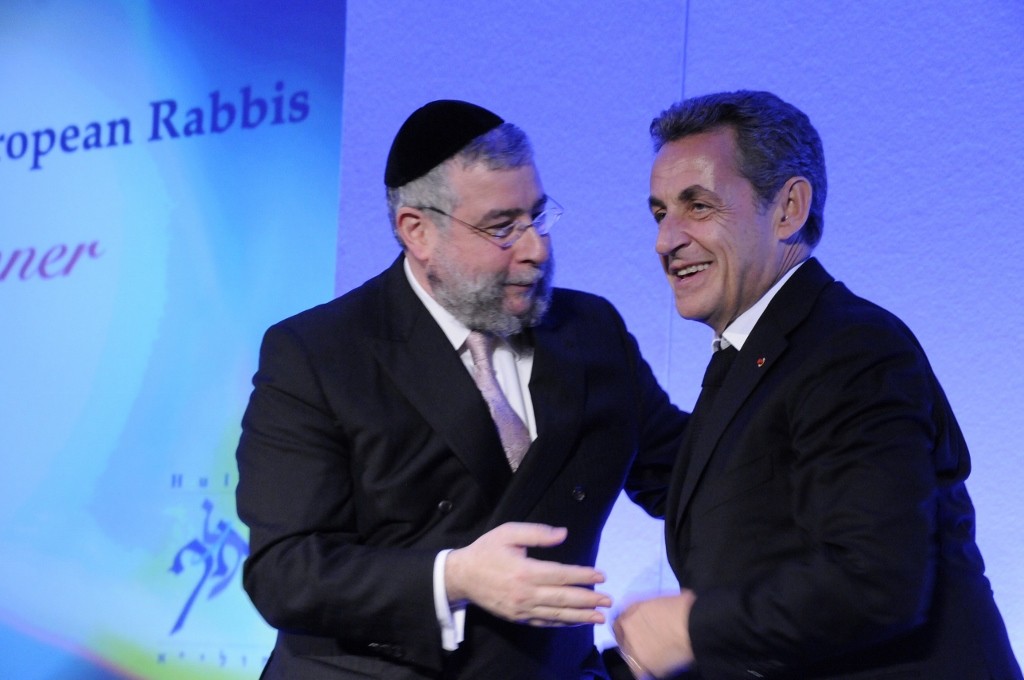 The Conference of European Rabbis (CER) has awarded the first Rabbi Moshe Rosen Prize to former French President Nicolas Sarkozy. The award honors his years of service, first as Interior Minister and then as President of France, protecting the French Jewish communities. The award was presented during a dinner held in a Central London hotel on Sunday evening. Rabbi Moshe Rosen, in whose memory the prize is dedicated, served as the Chief Rabbi of Romania for many years and safeguarded his community through great self-sacrifice during Communist rule.

President Sarkozy has been an outspoken supporter of the Jewish community over many years, which he reiterated during a public discussion with journalist Tim Marshall during the dinner. President Sarkozy said, “We do not want French Jews to leave France because they are afraid. We want them to be comfortable to wear a kippah. We must stand up to protect our Jewish communities. It is impossible not to. We did not fight the Nazis to force the Jews to run to Israel 70 years later.”

Shimon Cohen, Senior Advisor to the CER told Hamodia, “President Sarkozy has always been, and certainly was as President, a huge supporter of Jews and Jewish causes. His government was supportive regarding shechitah. He was also, and remains, a vocal supporter of Israel.”

The awards evening was hosted by Mikhail Fridman and among the honored guests were CER Associate President Chief Rabbi Ephraim Mirvis and Av Beth Din of the European Beth Din, Dayan Chanoch Ehrentreu.