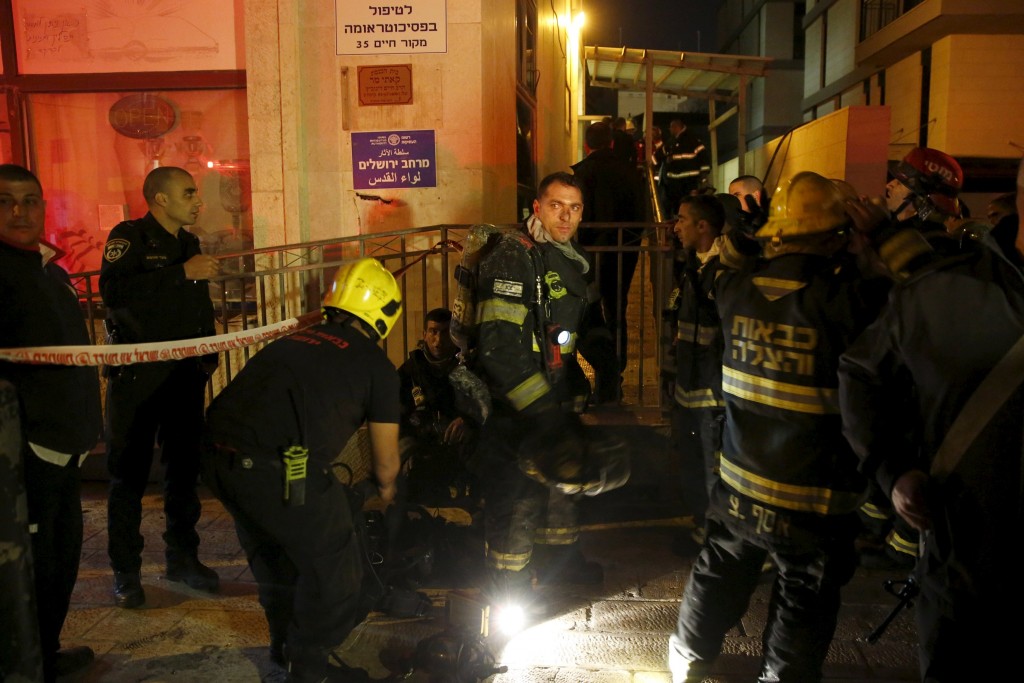 After hours of condemnation and insinuation that it was an act of right-wing “thugs,” according to supporters of the group, fire officials said that the fire that gutted the offices of left-wing group B’tselem was caused by an electrical short. In response, dozens of right-wing Israelis spoke out on social media demanding an investigation into whether the radical leftist group deliberately fanned flames of hate and incitement against unspecified “rightists” whom they accused of arson.

“You can’t go on for a full day about how the ‘hatred of the right’ led to a another ‘hate crime,'” wrote one person on a social media site. “This has all the signs of a setup – not the fire, but the response and the feeding of the anti-right sentiment this electrical fire garnered.”

The fire broke out at about 9:15 p.m. Sunday night at the organization’s offices in Yerushalayim. Large numbers of firefighters responded and evacuated several people who were working late in their offices. There was one individual in the B’tselem office. Fire officials took him to a local hospital for treatment of smoke inhalation. The fire was brought under control at about 11 p.m.

Also damaged in the fire were the offices of the Israel Antiquities Authority.

In a statement released by the group about an hour after the fire, B’tselem said that “initial reports published by the media indicate that police suspect arson. We are still waiting for the findings of the fire investigator. However, if it is discovered that this was an arson attack, it must be seen in the context of the wave of government incitement and smear campaigns against Israel’s human rights groups, and B’tselem in particular.”

The B’tselem allegation was quickly picked up by left-wing MKs, and by Monday morning, it was the top story on all Israeli media outlets. Rushing to condemn yet another incident of “incitement” by the right against leftist groups were United Arab List MKs Ahmed Tibi and Hanin Zoabi, who said respectively that “this act of arson was not surprising, considering the endless incitement of the right against B’tselem,” and that “the true arsonists are the members of the government who endlessly incite” against the left. MK Dov Hanin, a Jewish member of the UAL, said that “if this was arson, it is frightening to see where the incitement against human rights groups is leading us.” And Meretz head MK Zehava Gal-on said that if it was arson, “then the arsonists understood they had backing from the government for their act.”

In a statement Monday morning, B’tselem said that the organization was “breathing a sigh of relief that the fire was caused by an electrical short and not arson. We are returning to our normal activities.”

However, many speaking out on social media said they would demand an investigation into whether or not B’Tselem had known that the fire was caused by electrical short even before the official findings of the fire department. “It’s pretty easy to see if someone deliberately threw a can of gasoline on a property in order to start a fire, or if an electrical connection was the cause of a fire,” said one social media user. “You don’t need an all-night investigation to determine this. If B’tselem knew about the short and allowed the leftist ‘celebration’ of anti-right incitement to continue, we think this might constitute an actual crime of incitement against millions of Israelis who oppose their radical leftist agenda. We want to know what B’tselem knew and when it knew it.”