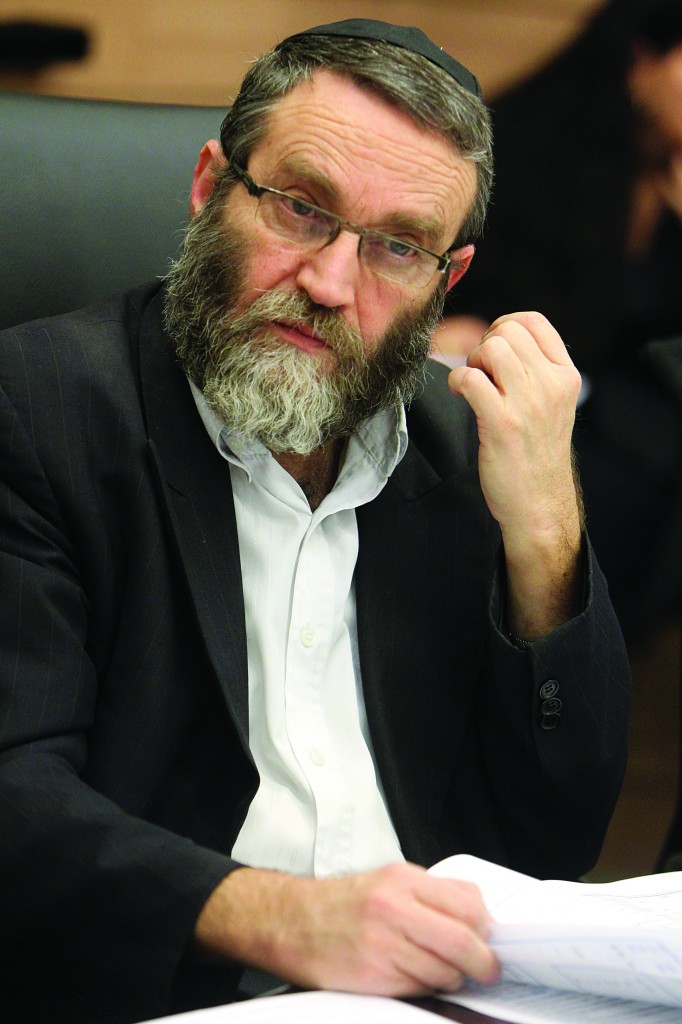 Knesset Finance Committee Chairman, MK Rabbi Moshe Gafni (United Torah Judaism) has another key to add to his collection – the “key to the city” of Carmiel. The northern community decided to award MK Rabbi Gafni with its top honor after he successfully directed the passage of a law to provide tax breaks and benefits to hundreds of communities in the periphery.

Carmiel is one of about 400 towns in the north and south of the country, and in Yehudah and Shomron, that are now eligible for development budgets from various government agencies, as well as for tax breaks for residents. The law has been under consideration for years, and Carmiel Mayor Adi Eldar, who is also chairman of the national association of local committees, said that MK Gafni deserved the award for pushing the law through after many years of bureaucratic delays.

MK Rabbi Gafni has won similar awards in the past from other towns, notably Chatzor, which recognized him for efforts to rescue the Pri HaGalil canning factory several years ago. The award will be presented later this week at a festive event, Eldar said.

In a statement, MK Rabbi Gafni’s office said that he was planning a tour of cities in the north in the coming weeks, at the request of several mayors who wished to thank him personally for his efforts.