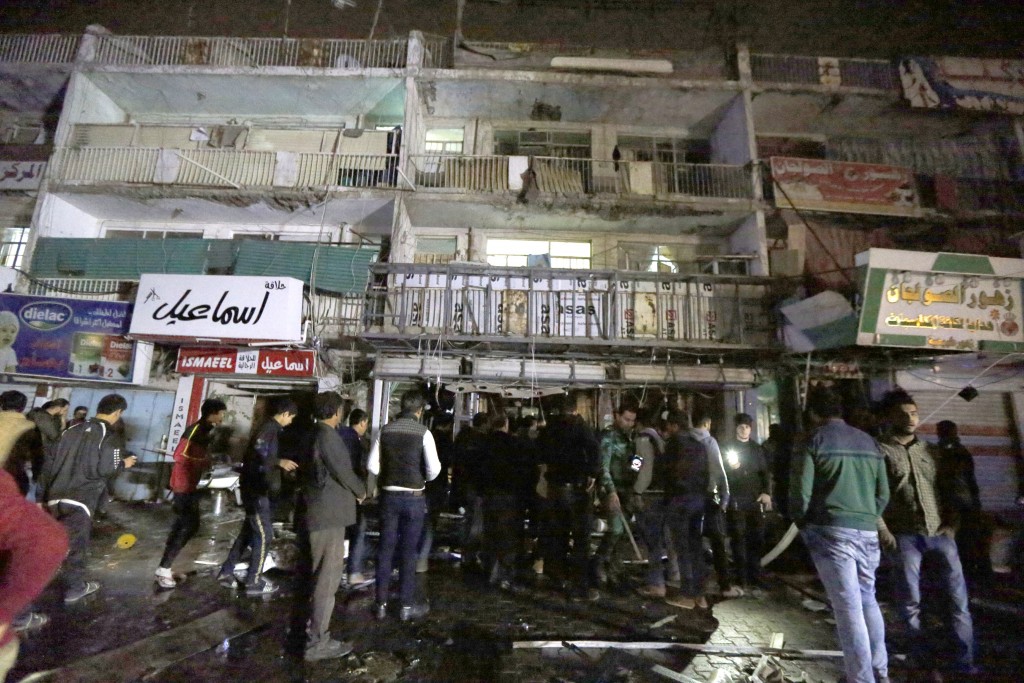 The Islamic State terrorist group claimed responsibility for a Baghdad mall attack that killed 18 people on Monday, when gunmen stormed into the Jawhara Mall after setting off a car bomb and launching a suicide attack at its entrance.

Iraqi officials say the attack, which lasted over an hour, killed at least 18 people and wounded 50 in the city’s mainly Shiite east.

The IS statement, posted online shortly after the attack, said a car bomb and four IS fighters carried out the attack, targeting an area where many Shiite Muslims are known to gather and warned of “worse” to come. Iraqi officials say the attack was carried out by seven men. The conflicting accounts could not immediately be reconciled.

Iraqi officials initially described the attack as a hostage situation, estimating that 50 people were trapped inside the complex. But Iraqi forces soon surrounded the building and landed troops on the roof. They clashed with the attackers inside, killing two of them, and arresting the other four. The seventh man died when he detonated his suicide vest.

At least four police officers were among those killed in the assault, which lasted around an hour and a half, according to police and medical officials, who spoke on condition of anonymity because they were not authorized to brief reporters.

Following the attack, authorities shut down the city’s highly fortified Green Zone, home to a number of foreign embassies and most of the country’s political elite. A number of major roads, shopping malls and bridges around the Iraqi capital were also closed for fear of follow-up attacks.

Also on Monday evening, a car bomb in southeast Baghdad in a crowded market area killed five and wounded 12, according to hospital and police officials.

Another deadly attack was carried out in the town of Muqdadiyah, about 60 miles north of Baghdad in Diyala province. A double suicide bombing at a cafe killed 24 and wounded 52, according to hospital and police officials. Police officials say the cafe was frequented by militia fighters under the government-sanctioned Popular Mobilization Forces and many fighters are among the dead.

The Islamic State group suffered a major defeat last month when Iraqi forces drove the terrorists out of the western city of Ramadi, capital of the sprawling Anbar province. The group still controls much of northern and western Iraq.

The IS rampage across Iraq in the summer of 2014 was halted several miles away from Baghdad, but the group has claimed a number of attacks in the heavily guarded capital since then.