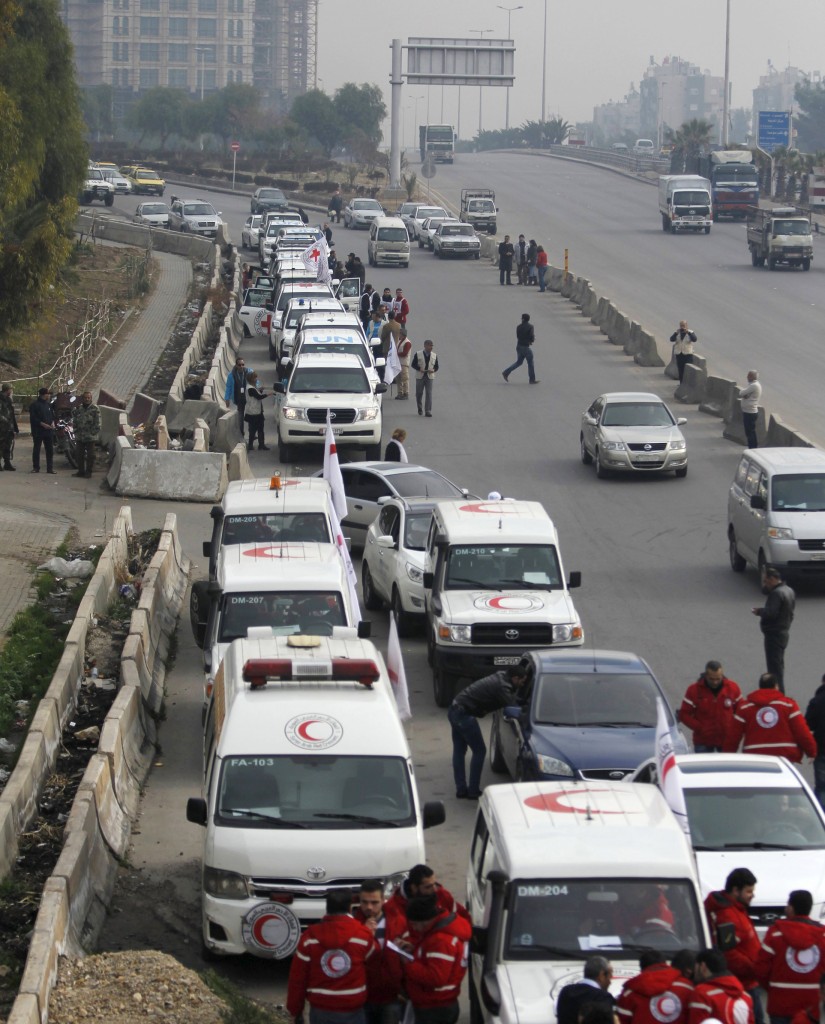 Aid convoys are headed for a besieged Syrian town where thousands are trapped, and the United Nations says people are reported to have died of starvation.

Trucks headed for Madaya, near the Lebanese border, and two villages in the northwest of the country on Monday, the Red Cross said, as part of an agreement between warring sides.

The vehicles were to simultaneously enter rebel-held Madaya, which has been blockaded for months by pro-government forces and where aid agencies have warned of widespread starvation, and al Foua and Kefraya in Idlib province, which are encircled by terrorists.

The blockade of Madaya has become a focal issue for Syrian opposition leaders, who told a U.N. envoy last week they will not take part in talks with the government until it and other sieges are lifted.

The United Nations said on Thursday the Syrian government had agreed to allow access to Madaya, where the world body says there have been credible reports of people dying of starvation.

Blockades have been a common feature of the nearly five-year-old war that has killed 250,000 people. Government forces have besieged rebel-held areas near Damascus for several years and more recently rebel groups have blockaded loyalist areas including al Foua and Kefraya.

The areas included in the latest agreement were all part of a local cease-fire deal agreed in September, but implementation has been halting.

The last aid delivery to Madaya, which took place in October, was synchronized with a similar delivery to the two villages.