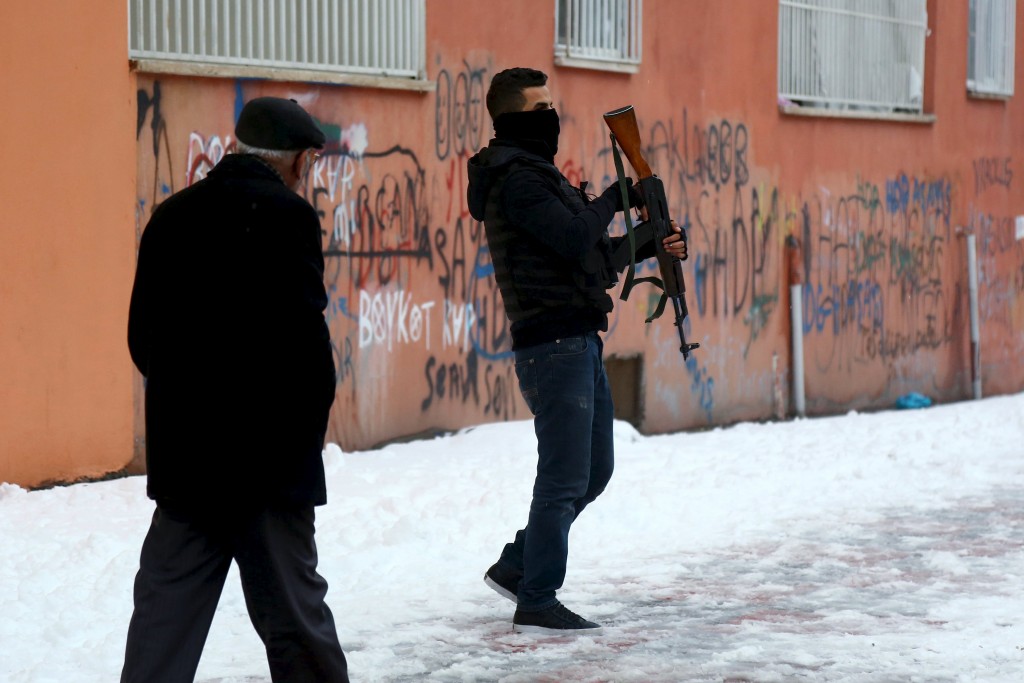 It was one of the bloodiest weekends since the three-decades-old insurgency resumed last July, derailing a peace process launched by Ankara and the jailed leader of the terrorist Kurdistan Workers Party (PKK) in late 2012.

On Saturday, 16 terrorists were killed in the towns of Cizre and Silopi, near the Syrian and Iraqi borders, and another four were killed in the historic Sur district of the region’s largest city, Diyarbakir, the armed forces said in a statement.

The statement reported that a total of 448 militants had been killed in those three areas since they were placed under round-the-clock curfew and security operations were launched last month.

Police killed a further 12 PKK members after finding them in a house in the southeastern city of Van overnight, security sources said. One police officer died and two others were wounded in the operation.

The PKK, designated a terrorist group by Turkey, the United States and the European Union, says it is fighting for autonomy and greater rights for Kurds in the NATO member country.

A recent shift in fighting from the countryside to urban centers, has left civilians caught in the middle. According to figures from the pro-Kurdish HDP party, 81 civilians have been killed in Diyarbakir, Silopi and Cizre since they were placed under curfew last month.

Thousands of people have left their homes in the towns. Residents complain of indiscriminate operations and say the curfews have even prevented the sick from getting to hospitals.

President Tayyip Erdogan has said that 3,100 PKK members were killed in operations inside and outside Turkey during 2015.

More than 40,000 people have been killed in the conflict since the PKK launched its insurgency in 1984.