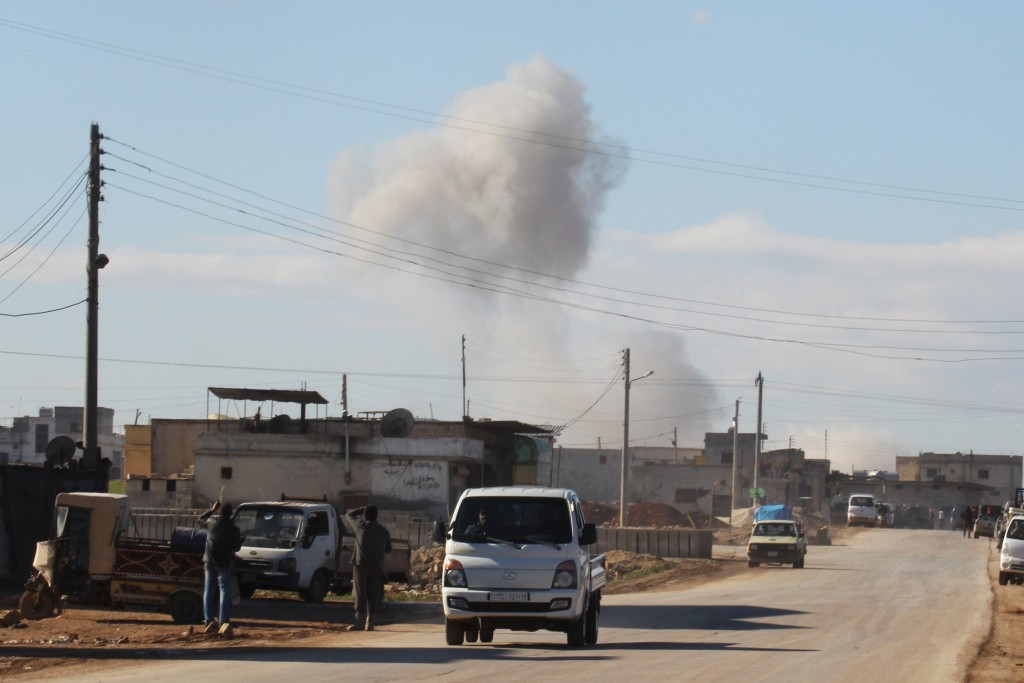 A large Syrian rebel group said it is unacceptable to talk about a political solution to the war as people are dying of hunger and bombardment.

The statement from Islam Army (Jaysh al-Islam) underlines the opposition’s concerns over a UN-led diplomatic effort to launch peace talks in Geneva on Jan. 25. Before considering any negotiations, the opposition want tangible goodwill measures including: a ceasefire, a release of detainees, and the lifting of blockades on besieged areas.

UN Envoy Staffan de Mistura is shuttling around the region to prepare for the talks, part of a plan endorsed by the Security Council last month to end the five-year-war that has killed 250,000 people and created millions of refugees.

The Syrian government told de Mistura on Saturday it was ready to take part in the Geneva talks but stressed its need to see the names of the Syrian opposition figures who will take part.

Pointing to another potential complication, Foreign Minister Walid al-Moualem also stressed the need for the government to obtain a list of groups that would be classified as terrorists as part of the peace process.

The Syrian government says Islam Army is a terrorist group, like all the groups that are fighting to topple President Bashar al-Assad. Assad has received crucial support from Russia and Iran – both state have sent forces to help him fight the insurgency.

Islam Army, part of a newly-formed council set up to oversee the negotiations on the opposition side, said the “best way to force the regime to accept the (political) solution and stick by it” is to allow states that back the opposition to supply rebels with anti-aircraft missiles.The statement, sent by the group’s spokesman overnight, said it would guarantee the missiles would not reach groups that would use them “illegally.”

While foreign governments including the United States and Saudi Arabia have provided rebels with military support, they have resisted demands for such missiles, for fear that the lethal weapons would end up in the hands of hardline jihadist groups such as Islamic State.

Opposition officials have already cast doubt on whether the talks will go ahead on schedule, citing the need to see the goodwill measures from the government side.