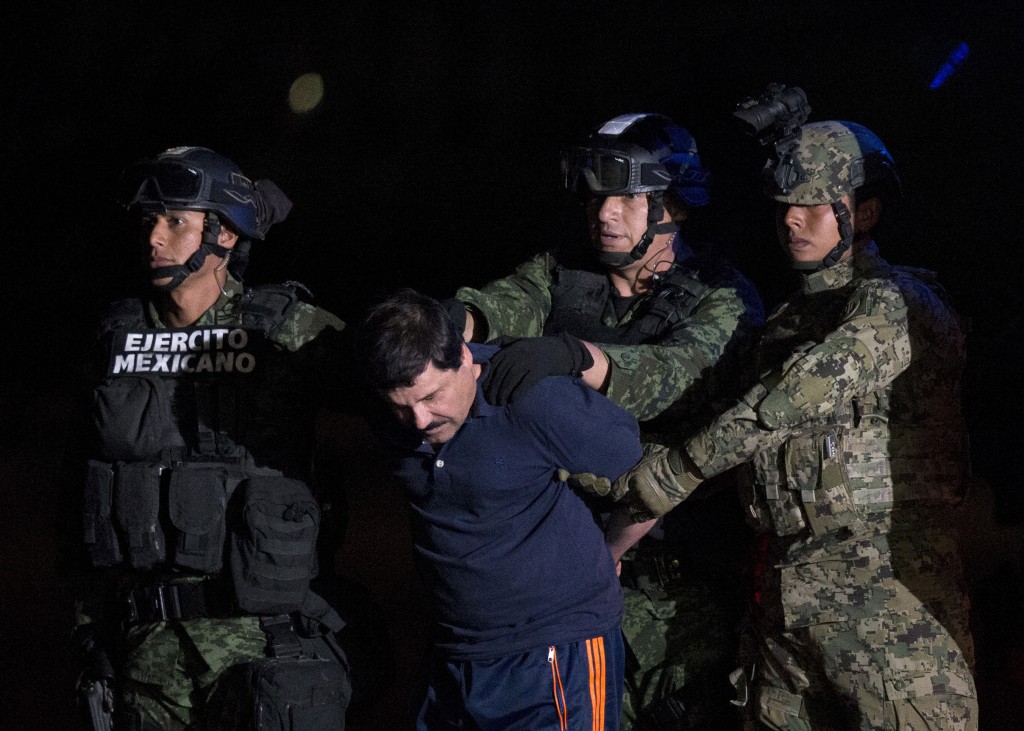 Mexico began preparing to extradite drug kingpin Joaquin Guzman to the United States even before he was recaptured, the government said, signaling a new willingness to cooperate internationally in prosecuting the world’s most-wanted trafficker.

The foreign ministry, attorney general and judges took initial steps last year to honor U.S. extradition requests for the crime boss known as “El Chapo” while he was still on the run, Mexican President Enrique Pena Nieto’s office said in an e-mailed statement. Neither Pena Nieto nor his Cabinet ministers mentioned extradition when they announced Guzman’s capture.

The decision is a reversal of Mexico’s position before July, when Guzman escaped from prison a second time, humiliating Pena Nieto and spurring international criticism of the country’s corruption and weak rule of law. Guzman was caught Friday and returned to the maximum-security Altiplano facility that he previously fled through a tunnel equipped with lighting, tracks and a modified motorcycle.

Guzman has been indicted in at least five U.S. cities for alleged crimes that helped him build a drug-trafficking empire and amass a personal fortune that Forbes magazine estimated to be $1 billion.

The U.S. extradition request could take months or years to decide because of the possibility of appeals, three Mexican officials familiar with the process said Saturday, speaking on the condition of anonymity before the presidential announcement.

“He should be tried by Mexican judges and tribunals,” Guzman’s lawyer, Juan Pablo Badillo, told the Milenio newspaper. “In civilized countries — I’m speaking of Japan, Israel, France, England — they don’t extradite their nationals. Why does Mexico need to sell out their citizens as if they were a barrel of devalued oil?”

While Badillo said he has presented six appeals against Guzman’s extradition, Mexico’s presidency said some arguments have been dismissed.

Once Guzman is officially notified of the extradition requests, he has three days to object and 20 days to persuade a judge to accept his reasons, although that period could be extended.

Based on the judge’s ruling, the Foreign Ministry will then have 20 days to reach agreements for Guzman’s extradition — a step that can also be appealed by his lawyers, according to the statement. Should Guzman lose those appeals, he would be handed over to the U.S.