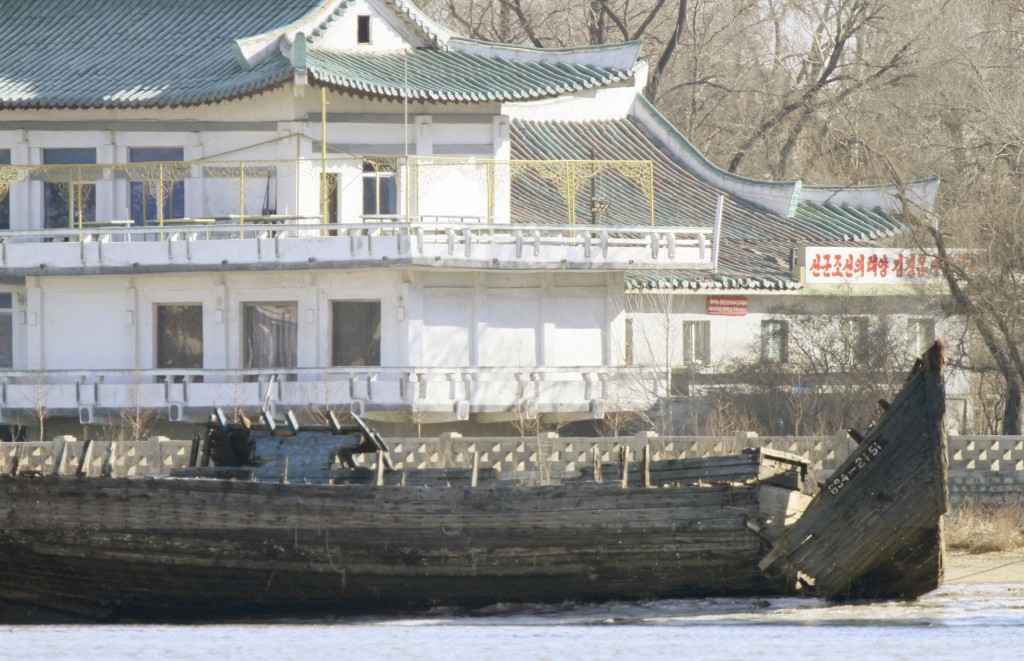 Despite the mounting international concern over North Korea’s nuclear capabilities, less than 40 of the U.N. 193 member states have turned in reports on sanctions implementation since the latest round of sanctions was imposed in 2013. Compliance has been lowest in Africa, an increasingly important market for low-cost North Korean weapons sales.

Perhaps more disturbingly, the most recent annual report published by the U.N. panel of experts on North Korea found no new instances of member states’ seizure or inspection of prohibited items, although its investigations showed that the North “continues to attempt to procure or transfer items” for its nuclear and missile programs.

Since North Korea’s first nuclear test in 2006, the Security Council has approved four sanctions resolutions that prohibit North Korea from possessing and trafficking weapons of mass destruction, importing luxury goods and trading in arms. That’s made it trickier for the North to get hard currency to fund its nuclear and ballistic missile programs.

But the measures have failed to check the North’s progress. While Pyongyang’s claim to have successfully tested a hydrogen bomb Wednesday was greeted with skepticism, experts say it is likely making progress on miniaturizing a nuclear weapon and could have enough fissile material for dozens of bombs by 2020.

As expected, the Security Council, the U.N.’s most powerful body, has strongly condemned the latest test and pledged to swiftly push for “further significant measures.” U.S. Ambassador Samantha Power said the council should hold North Korea accountable by imposing tough new restrictions, “and by ensuring rigorous enforcement of the resolutions it has already adopted.”

Diplomats say it can take a few weeks for a new draft resolution to be negotiated and put to a vote.

The council, including veto-wielding permanent members China and Russia that have close ties to North Korea, has long opposed the North’s nuclear ambitions. There’s been less enthusiasm, however, when it comes to agreeing on individuals and entities to be sanctioned and excluded from the international financial system.

By the end of 2015, only 32 names associated with North Korea were under sanctions, compared with 121 for Iran.

“You’ve got some pretty good restrictive measures,” said Richard Nephew, a former top U.S. State Department official coordinating sanctions policy, “but when it comes to lists of individuals and entities where you can have some important impact on the North Korean leadership,” the U.N. process has been lacking.

A U.N. diplomat familiar with the workings of the Security Council committee monitoring sanctions on North Korea said its actions require consensus by all 15 member states, which slows the process of making new designations. While Western nations basically agree on all the recommendations of the U.N. panel of experts on North Korea, other members, such as China and sometimes Russia, tend to stall. The diplomat says that could give potential targets time to adapt.

The diplomat spoke on condition of anonymity because the diplomat was not authorized to speak publicly about the committee’s meetings, which are not public.

A sign of how sluggish the process can be came after the most significant arms seizure to date under the North Korea sanctions, when Panama in 2013 impounded a North Korean vessel loaded with MiG-21 fighters and anti-aircraft missiles in transit from Cuba, hidden under a cargo of sugar. It took the council a whole year to add the Pyongyang-based operator, Ocean Maritime Management Company, Ltd., or OMM, to its sanctions blacklist.

The panel of experts later reported on how deft North Korea is at responding in an effort to circumvent sanctions. It found that OMM had renamed most of its vessels, with 13 of its 14 ships changing owners and managers, “effectively erasing” the company from a database kept by the International Maritime Organization. None of the ships were seized by member states, as called for by sanctions.

The panel’s report, in February 2015, also recommended updating the sanctions list with 34 OMM entities and said all 14 vessels should be subject to sanctions. But according to the latest U.N. sanctions list dated Dec. 30, there have been no additions since July 2014.

William Newcomb, a former panel member, said that China uses the sanctions committee’s consensus rule “to renege on what it agreed to do in the Security Council as well as to block proposed designations.”

The news is not all bad, though. Experts say China has become more responsive to panel inquiries, which it used to ignore.

Joseph DeThomas, a former senior State Department official who advised on Iran and North Korea, said the U.N. sanctions, combined with unilateral U.S. sanctions, have made it harder for North Korea to move money through the international banking system. They also have helped in detecting and intercepting some illicit arms shipments.

“There are still loopholes, interpretations, problems. Those involve third-country brokers, North Korean front companies and lax inspection procedures or other problems in particular ports. But they are having an impact,” he said.

Experts say North Korea’s trade in missiles to the Mideast has dropped off. New weapons sales to another important client, Myanmar, stopped when the country shifted from direct military rule and embraced democratic reforms. But there’s little sign that sanctions have stopped North Korea from selling and refurbishing Soviet-era weapons to African nations.

The U.N. panel last year reported a “lack of awareness and understanding” of the sanctions resolutions has allowed North Korea to exploit long-standing relationships with African countries for arms-related services and training.

Among the reported transgressions the panel has investigated are North Korean ties to an ammunition manufacturer in Ethiopia, maintenance of fighter jets in Tanzania, and martial arts training for police in Uganda.

North Korea has also managed to keep supplying luxury goods for its elite from multiple countries, including Western ones. A yacht seen alongside leader Kim Jong Un in 2013 was sourced by the panel of experts to a British manufacturer, Princess Yachts International, which the panel said did not reply to a request for more information.