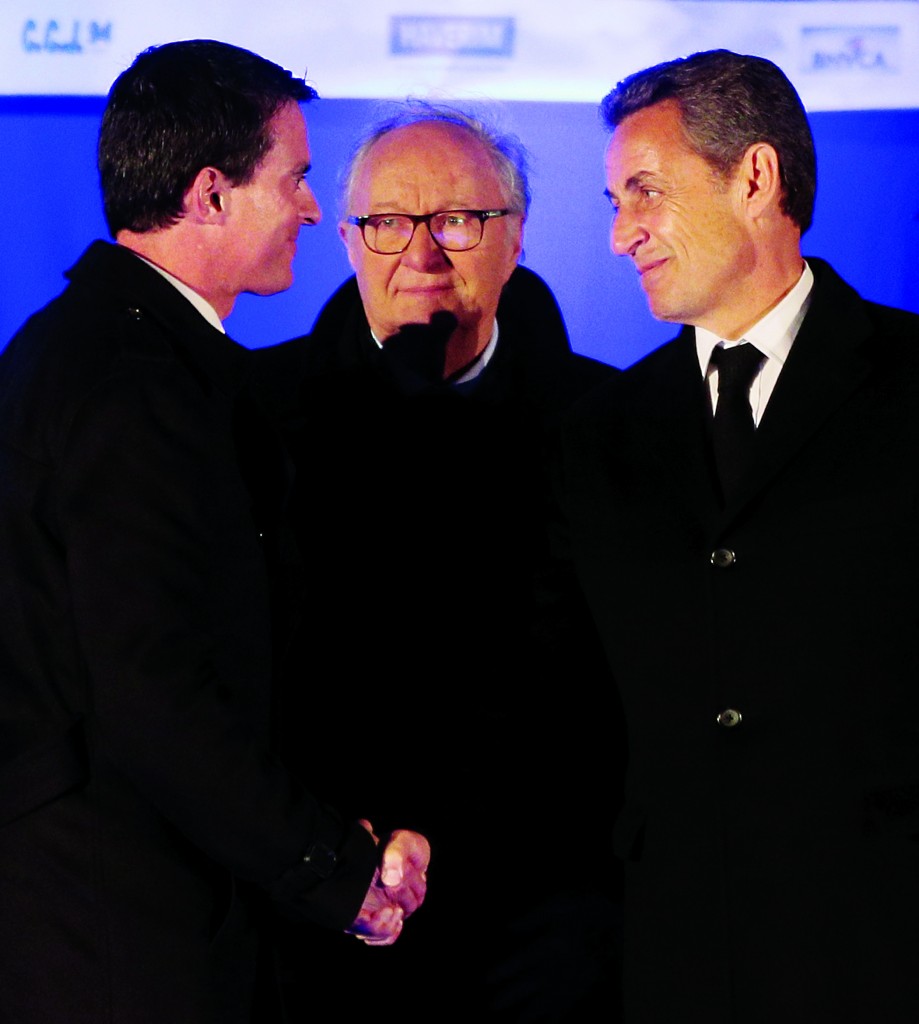 France’s prime minister said that “France would not be France” without its Jews, at an event to honor the four people murdered at the Hyper Cacher market a year ago.

Echoing statements he has made in the past, Prime Minister Manuel Valls called it intolerable “to see French Jews leave their country, in larger and larger numbers, because they no longer feel safe” or at home.

The ceremony was organized by the Council of French Jewish Institutions (CRIF), an umbrella organization of Jewish institutions in France and was held on Motzoei Shabbos at the Hyper Cacher site.

It was attended by numerous government officials, including former Premier, Nicolas Sarkozy, as well as the Chief Rabbi of France, Rabbi Haim Korsia. The Archbishop of Paris, André Vingt-Trois, and the leader of the French Council of the Muslim Faith, Anwar Kbibech, were also in attendance.

Roger Cuikerman, president of CRIF, told Hamodia that the purpose of the gathering “was that we should not forget this terrible event and that it’s the entire nation of France that is in danger.” He welcomed the Prime Minister’s statements, calling them “very strong.”

It was part of a weekend of efforts to mark the anniversary of the attacks on the market and the satirical magazine Charlie Hebdo. Times remain tense for France’s large Jewish and Muslim communities after a year marked by Islamic extremist violence that left more than 150 people dead.

More French Jews emigrated to Israel last year than ever before, according to figures from the Jewish Agency — some because of security concerns after last year’s market siege.

Concerns about anti-Semitism in France had already been high, and 2014 also saw a record number of French Jews immigrate to Israel.

“For these enemies who attack their compatriots, who tear apart the contract that unites us, there can be no worthy explanation,” Valls continued, acknowledging the “immense anguish” of the Jewish community.

The Prime Minister has shown consistent support for the nation’s Jewish community which has become an increasing target over the last decade. Prime Minister Manuel Valls joined families of victims and survivors to mark the anniversary of the Jan. 9, 2015 shooting and hostage-taking at the Hyper Cacher market in eastern Paris, which ended with the deaths of Yoav Hattab, Yohan Cohen, Phillippe Braham and Francois-Michel Saad, Hy”d.

In his remarks this past Motzoei Shabbos, he also made reference to “anti-Semitism that hides behind anti-Zionism.”

“The Prime Minister delivered an extremely strong message which was extremely moving for the Jewish community,” he said. We were very impressed.”