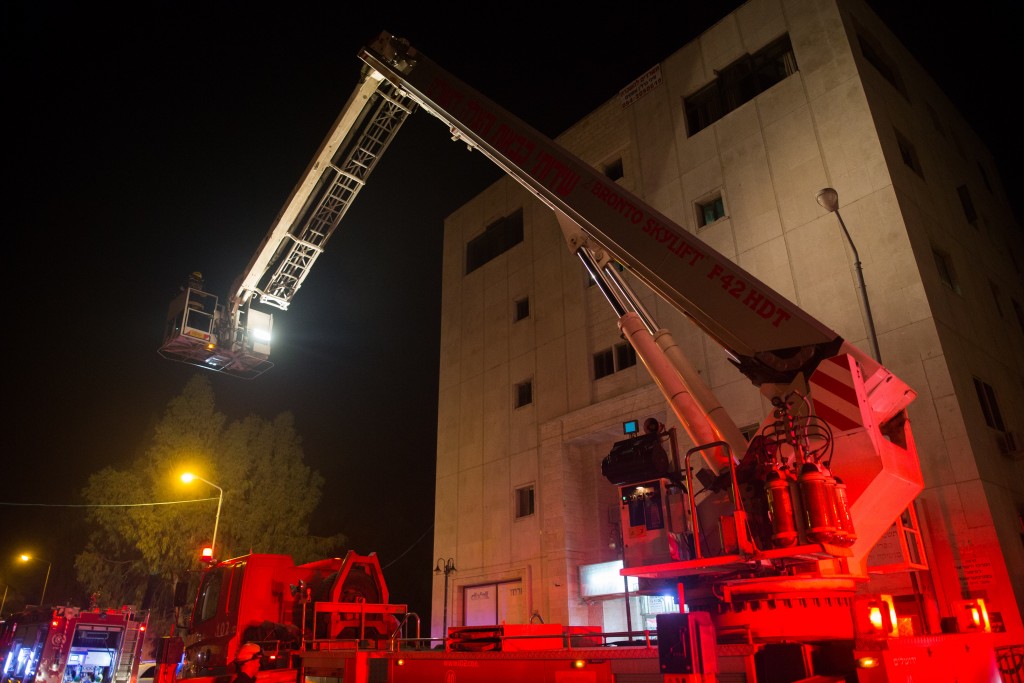 The European Endowment for Democracy recently gave Israeli left-wing Nongovernmental organization (NGO) B’Tselem a large grant to fight the proposed “Transparency Bill” approved by Ministerial Committee on Legislation that would require NGOs that receive half their funds from foreign governments to detail that information and to wear special identifying tags in the Knesset, reported The Jerusalem Post on Sunday evening.

Also Sunday evening, a fire broke out in the building that houses the offices of B’Tselem, among that of several other NGOs and government entities.

The seven-month grant of 30,000 euros ($32,800 or NIS 129,000) was made on Dec. 15, according to Yerushalayim-based NGO Monitor. One day earlier, the right-wing organization Im Tirtzu had released a video that referred to the heads of B’Tselem and three other left-wing NGOs as foreign agents.

“The funding was allocated amid a heated internal Israeli debate over the role that foreign government-funded NGOs play in Israeli democracy,” said NGO Monitor spokesman Aaron Kalman. “The nature of the grant, openly aiming at influencing Israeli legislation, again highlights the infringement on sovereignty and the manipulative intent of European government funding in the context of Israeli democracy.”

B’Tselem spokeswoman Sarit Michaeli said, “I fail to see the problem with a grant that we are clearly proud of.”

Shortly before 10:00 p.m. Sunday, a fire ripped through the building in Yerushalayim neighborhood that houses the B’Tselem offices. Israeli media reported that one person was lightly injured. Authorities are investigating the cause of the blaze.

In a statement, B’Tselem said: “We are still waiting for the findings of the fire investigator. However, if it is determined that this was an arson attack, it must be seen as part of the wave of attacks and smear campaigns against human rights groups.”