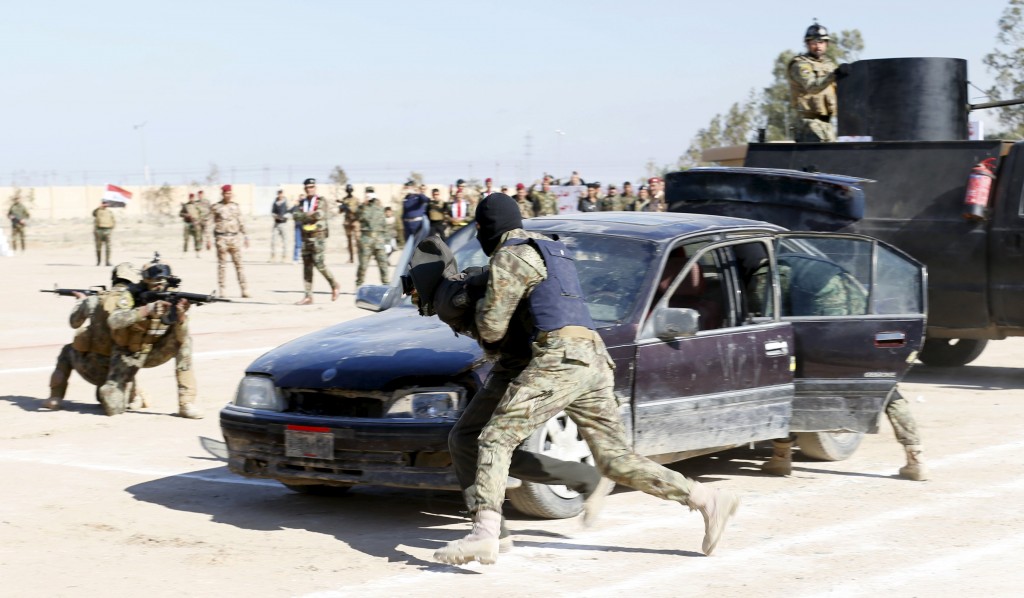 Two weeks after declaring victory over the Islamic State terror group in Ramadi, Iraq’s elite counterterrorism forces have pushed terrorists out to its eastern suburbs, but bombs littering the streets are holding up efforts to rebuild the city, officials said.

Ramadi, the largest city retaken by government forces, was touted as the first major success for Iraq’s army since it collapsed in the face of Islamic State’s lightning advance across the country’s north and west 18 months ago. But nearly the whole city remains off-limits to its residents, most of whom fled before the army advance, said security services.

“The security forces are advancing to a large degree inside Ramadi. Most areas are now under their control,” Anbar Governor Sohaib al-Rawi said on Saturday at a temporary government complex southeast of the city.

“Most of the streets in Ramadi are mined with explosives, so it requires large efforts and expertise,” he added.

The counterterrorism forces which spearheaded the military campaign to retake the capital of western Anbar province are securing only main streets and buildings considered tactically important, security sources said.

They have built up earth banks at the entrance of central neighborhoods deemed clear of terrorists but still laden with explosives, and marked many buildings’ exteriors as “mined,” the sources added.

The United Nations Development Program is still waiting for the green light from the Iraqi government to enter the city and start work to rebuild it.